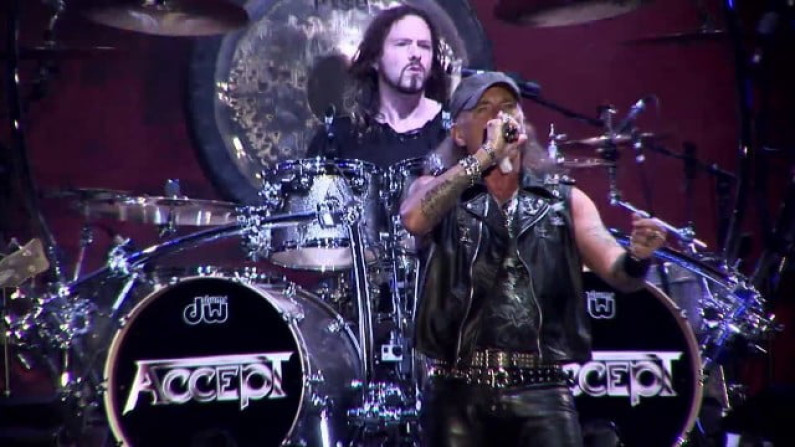 Following their disbandment in 1997 and short-lived reunion in 2005, Accept reunited again in 2009 with former T.T. Quick frontman Mark Tornillo replacing Dirkschneider, and released their three highest charting albums to date, Blood of the Nations (2010), Stalingrad (2012) and Blind Rage (2014), the latter of which was Accept’s first album to reach number one on the charts in their home country. Accept is currently working on a new album, which is due for release in the summer of 2017.

Accept’s beginnings can be traced back to 1968 when Udo Dirkschneider and Michael Wagener formed a local band called Band X, which eventually changed its name to Accept.

For many years, Accept went through numerous line-up changes. This instability essentially kept the band on an amateur level, making sporadic appearances in festival concerts.

Accept’s professional career began in 1976, with Udo Dirkschneider, Wolf Hoffmann, Gerhard Wahl, Dieter Rubach and Frank Friedrich, when they were invited to play at one of the first rock and roll festivals in Germany — Rock am Rhein. Following the festival the band were offered a recording deal. Their first recording was the self-titled Accept album, which did not achieve much commercial success.