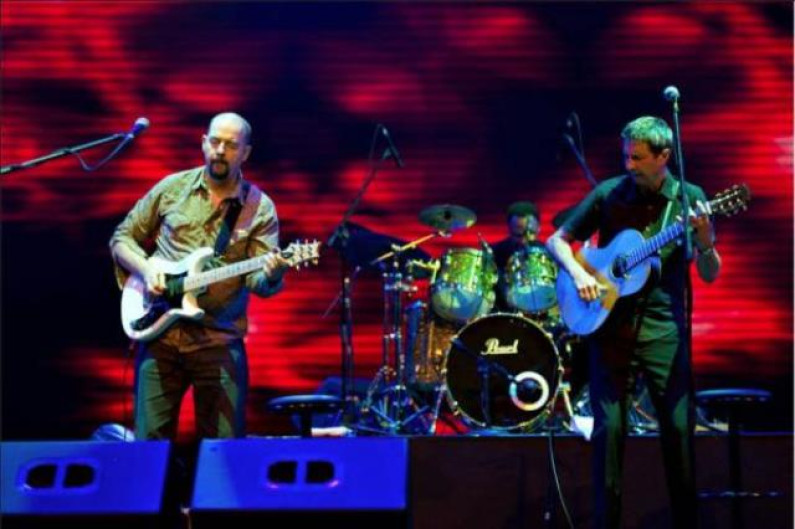 Acoustic Alchemy is an English contemporary instrumental and smooth jazz band formed in England in the early 1980s (c. 1981), originally fronted by acoustic guitarists Nick Webb and Simon James. The band is currently fronted by Greg Carmichael and Miles Gilderdale

During the 1980s, there was little grateful audience for this form of music in the UK, and the big players in the genre were all American.

The pioneering sound of two duelling acoustic guitars — Simon James on nylon and Nick Webb on steel — was a fresh touch on the genre, often backed up by a double bass, percussion, and occasionally string quartet The Violettes.

A couple of records were pressed by Webb, but at a considerable loss. In the mid-1980s, James left the band; in the 1990s he would go on to form Kymaera, a similar, albeit more Latin oriented band.

In 1985, Webb then discovered Greg Carmichael, a guitarist with a London pub band called The Holloways (not affiliated with the current indie band of the same name) who became James’ successor.

The new pairing got work as an in-flight band on Virgin Atlantic flights to and from the United States. Six weeks after sending demo material to Nashville-based label MCA, the band was called to record their first album.

The pair had literally played their way to America, and in 1987 released their debut album, Red Dust And Spanish Lace. The project saw them joining forces with other like-minded musicians such as Mario Argandoña on percussion and Bert Smaak on drums.

The album was the first of many to be recorded at the Hansa Haus Studios, in Bonn, Germany. This was where they met sound engineer Klaus Genuit, who has worked on many of the band’s albums.