Adele – Take It All 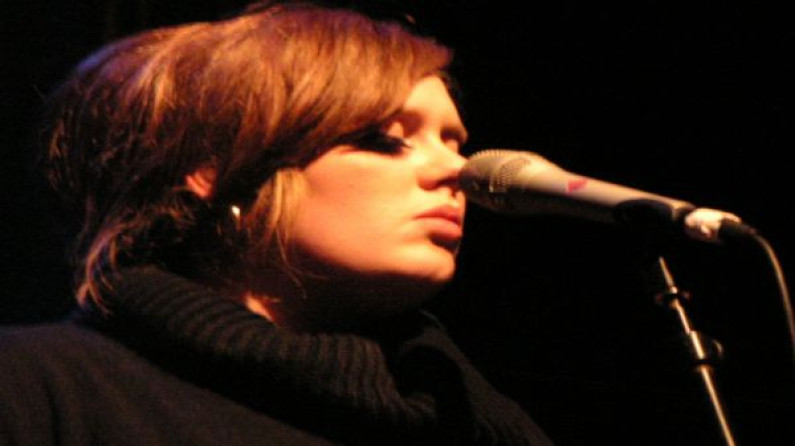 She began singing at age four and asserts that she became obsessed with voices. Adele has cited the Spice Girls as a major influence in regard to her love and passion for music, stating that “they made me what I am today.”Adele impersonated the Spice Girls at dinner parties as a young girl.

To make her look like English R&B and urban contemporary singer Gabrielle, her mother made an eye patch with sequins, which Adele later said was embarrassing.At the age of nine, Adele and her mother, a furniture maker and adult learning activities organiser, relocated to Brighton.

Two years later, she and her mother moved back to London; first to Brixton, and then to neighbouring district West Norwood, in south London.West Norwood is the subject for Adele’s first record, “Hometown Glory”, written when she was 16.After moving to south London, she became interested in R&B artists such as Aaliyah, Destiny’s Child and Mary J. Blige.

Adele says that one of the most defining moments in her life was when she watched Pink perform at Brixton Academy. “It was the Missundaztood record, so I was about 13 or 14. I had never heard, being in the room, someone sing like that live […] I remember sort of feeling like I was in a wind tunnel, her voice just hitting me. It was incredible.”
Aged 14, Adele discovered Etta James and Ella Fitzgerald by accident as she stumbled on the artists’ CDs in the jazz section of her local music store and was struck by their appearance on the album covers. Adele states she “started listening to Etta James every night for an hour”, and in the process was getting “to know my own voice.”

Adele graduated from the BRIT School for Performing Arts & Technology in Croydon in May 2006, where she was a classmate of Leona Lewis and Jessie J.Adele credits the school with nurturing her talent even though at the time she was more interested in going into A&R and hoped to launch other people’s careers.