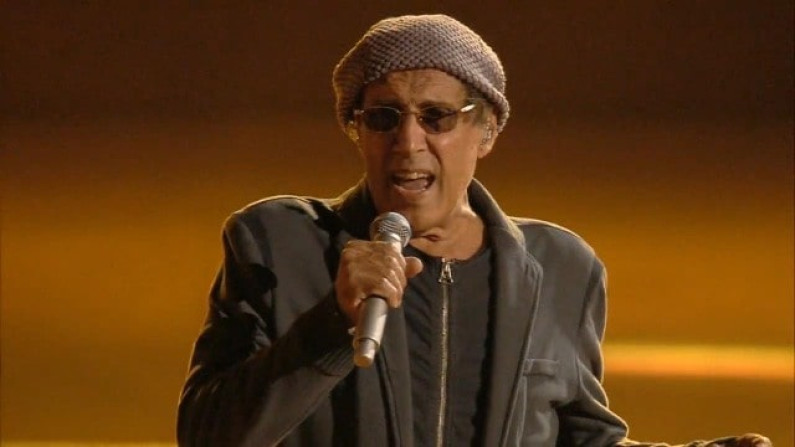 He has released forty albums, comprising twenty nine studio albums, three live albums, and eight compilations. His most famous songs are “La coppia piu’ bella del mondo”, which sold over one million copies and was awarded a gold disc; “Azzurro” (1968), written by Paolo Conte; and “Prisencolinensinainciusol” (1972), which was written to mimic the way English sounds to non-English speakers despite being almost entirely nonsense.