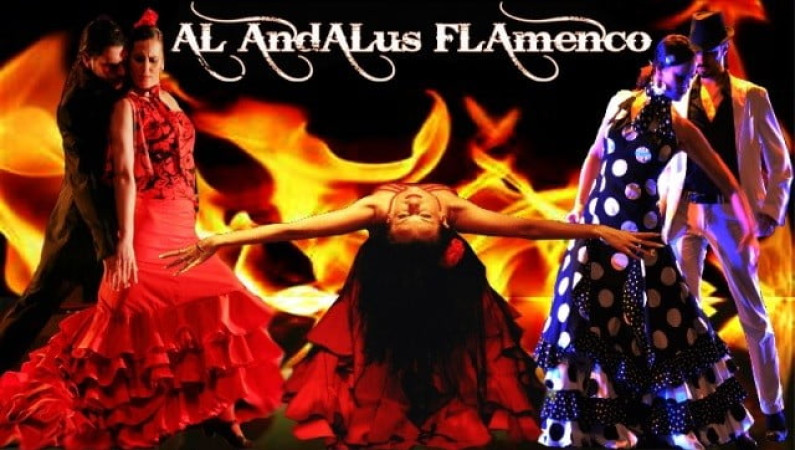 Flamenco is an artform and genre of music and dance native to the southern Spanish regions of Andalusia, Extremadura and Murcia. It includes cante (singing), toque (guitar playing), baile (dance) and jaleo, which refers to the vocalizations and rhythmic sounds of palmas (handclapping) and pitos (finger snapping).

First mentioned in literature in 1774, the genre is thought to have grown out of Andalusian music and dance styles. Flamenco is often associated with the gitanos (Romani people of Spain) and a significant proportion of famous flamenco artists are of this ethnicity.

However, unlike Romani music of eastern Europe, the style is distinctively Andalusian and the fusion of the various cultures that have coexisted in southern Spain is clearly perceptible in Flamenco music.

Although there are many theories on its origin, the most widespread highlights a Morisco heritage, with the cultural melting pot that was Andalusia at the time (Andalusians, Moors, Castilian settlers, Gypsies and Jews) fostering its development over time.

Flamenco music, as a theatrical representation of Andalusian musical tradition, was first recorded in the late 18th century but the genre underwent a dramatic development in the late 19th century.

In recent years flamenco has become popular all over the world and is taught in many non-Hispanic countries, especially in the United States and Japan.

Professional Flamenco is an artform that can take a lifetime to master. In Japan there are more flamenco academies than there are in Spain.On November 16, 2010 UNESCO declared flamenco one of the Masterpieces of the Oral and Intangible Heritage of Humanity.