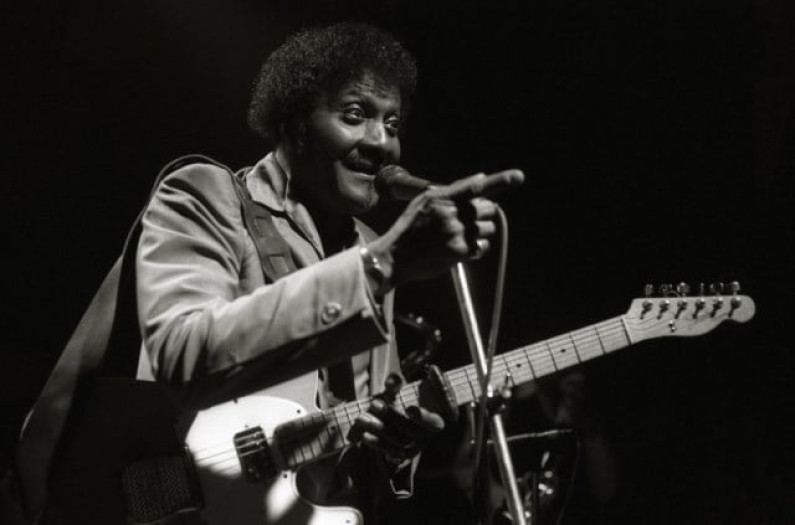 Early life
Albert Collins was born in Leona, Texas, on 1 October 1932.He was introduced to the guitar at an early age through his cousin Lightnin’ Hopkins, also a Leona resident, who frequently played at family associations (reunions). In 1938 his family relocated to Marquez, Texas, eventually settling in Houston, Texas, in 1941 where he later attended Jack Yates High School.

Collins initially took piano lessons when he was young but during periods when his piano tutor was unavailable his cousin Willow Young would loan him his guitar and taught Collins the altered tuning that he used throughout his career.Collins tuned his guitar to an open F minor chord , and then added a capo at the 5th, 6th or 7th fret.At the age of twelve, he made the decision to concentrate on learning the guitar after hearing “Boogie Chillen'” by John Lee Hooker.