Albert King – I Got the Blues 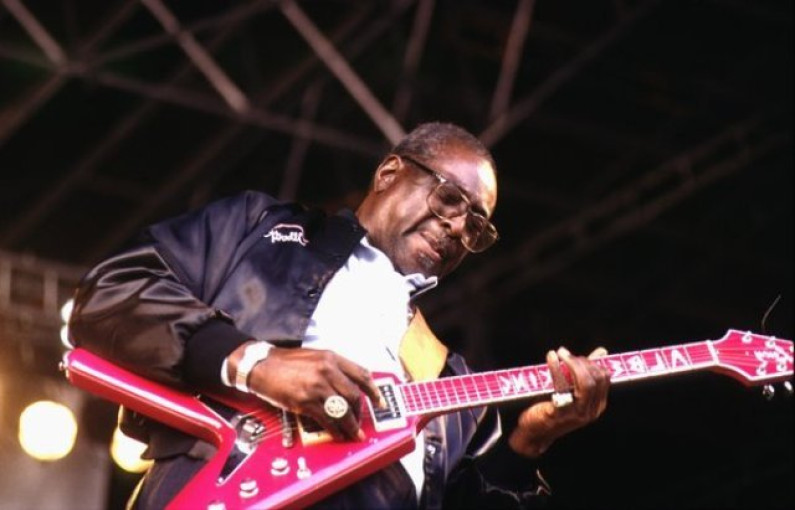 Albert King – I Got the Blues

He was born Albert King Nelson, on a cotton plantation in Indianola, Mississippi. During his childhood he would sing at a family gospel group at a church where his father played the guitar.

One of 13 children, King grew up picking cotton on plantations near Forrest City, Arkansas, where the family moved when he was eight.

Influenced by blues musicians Blind Lemon Jefferson and Lonnie Johnson, the electric guitar became his signature instrument, his preference being the Gibson Flying V which he named “Lucy”.

King earned his nickname “The Velvet Bulldozer” during this period as he drove one of them and also worked as a mechanic to make a living.

King moved to Gary, Indiana in the early 1950s, then to Chicago in 1953 where he cut his first single for Parrot Records, but it was only a minor regional success. He then went back to St. Louis in 1956 and formed a new band. During this period, he settled on using the Flying V as his primary guitar.

He resumed recording in 1959 with his first minor hit, “I’m a Lonely Man,” written by Little Milton, who was Bobbin Records A&R man, a fellow guitar hero, and responsible for King’s signing with the label.

It was not until his 1961 release “Don’t Throw Your Love on Me So Strong” that King had a major hit, reaching number fourteen on the US Billboard R&B chart. The song was included on his first album The Big Blues, released in 1962. He next signed with jazz artist Leo Gooden’s Coun-Tree label.

King’s reputation continued to grow in the Midwest, but a jealous Gooden dropped him from the label. By modern standards, The Big Blues feels completely generic with little of note except King’s guitar, but in 1962 it was fresh and marked a new type of clean, sharp blues over the “dirty” sound that characterized the genre during the 1950s.