Allen ‘Gaz’ Gaskell – When A Man Loves A Woman 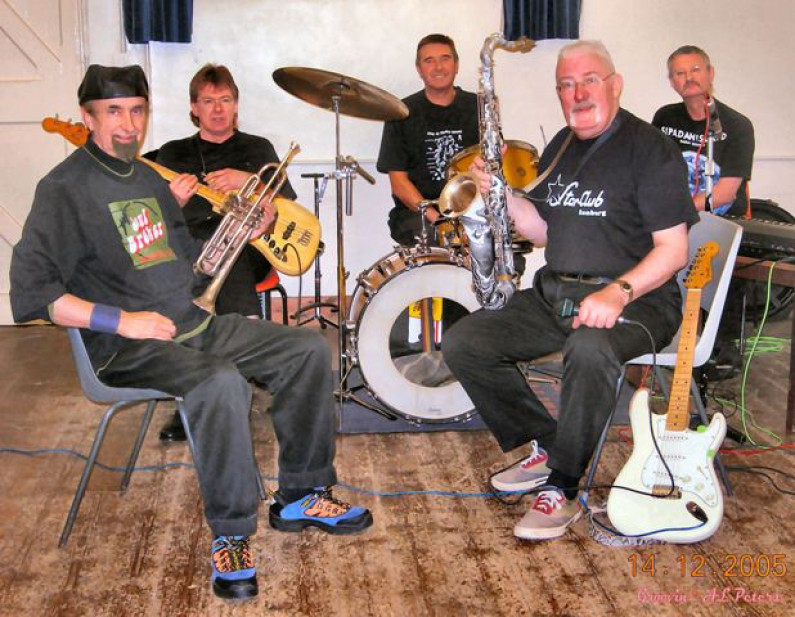 Allen ‘Gaz’ Gaskell – When A Man Loves A Woman

Supercharge were a 1970s English rock band from Liverpool, founded by singer/saxophonist Albie Donnelly and drummer Dave Irving. They had a number three hit single in Australia with “You’ve Gotta Get Up and Dance” in 1977.

Founded in early 1974, by Liverpool tenor-saxophonist, Albie Donnelly (born Albert Edward Donnelly, 12 August 1947, Huyton, Liverpool), and drummer Dave Irving (born David Geddes Irving, 18 November 1946, Crosby, Liverpool) after they had both left the ‘In Crowd’ cabaret band, Supercharge soon built up quite a cult following in Liverpool at ‘The Sportsman’, a popular city-centre pub on Sunday and later Monday nights and also at the ‘Dove and Olive’ at Speke.

Supercharge also quickly established themselves as a major player on the UK college / university circuit. Their first album Between Music and Madness, which was locally produced, soon followed.

Around 1975, in an attempt to attract a major record label offer, Supercharge began to gig regularly on the London live circuit at venues such as the Hope and Anchor, Islington, the Nashville Rooms, and the Marquee Club. As a result, Supercharge were soon signed by Virgin Records, and with the company’s new record producer, Robert “Mutt” Lange, they had a number three hit in Australia with their 1976 single “You’ve Gotta Get Up and Dance”.

Personnel on these recordings also included organist Iain Bradshaw. It was also in Australia that their first album, Local Lads Make Good went gold – resulting in a number of successful major tours with a version of the band that included Les Karski on guitar.

These live UK gigs often featured celebrated live sound engineer Chrys Lindop, and included the infamous comedy track ‘She Moved The Dishes First’, which Donnelly claims they wrote so they could mess about a bit while the band were replacing broken guitar strings. This track also achieved notoriety when it was picked up and played regularly by Radio Caroline.

Meanwhile, back in the UK, although their record sales were disappointing, Supercharge still managed to achieve a reputation as one of the UK’s best live bands.