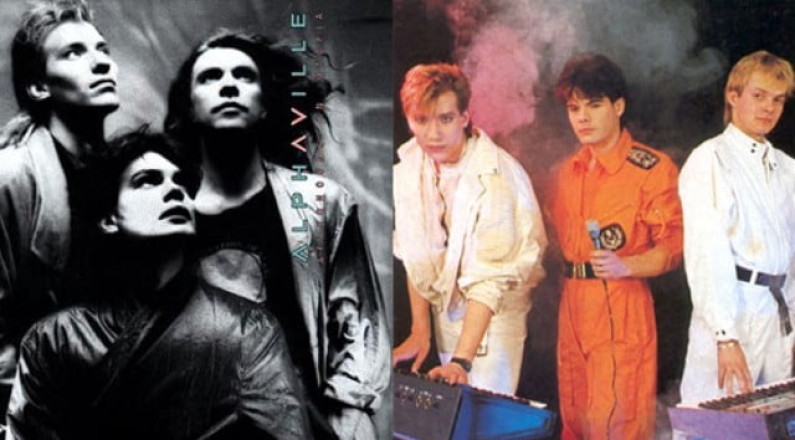 The band was at first named “Forever Young” before being changed to “Alphaville”. They achieved chart success with the singles “Big in Japan”, “Jet Set”, “Dance With Me” and “Forever Young”.

Together the three wrote Forever Young and recorded their first demo of the same name. In 1984, the newly renamed Alphaville released their debut single, “Big in Japan”, which Gold wrote in 1979 after hearing the music of Holly Johnson’s band Big in Japan.

Despite its success, Frank Mertens left the band that year and was replaced in January 1985 by Ricky Echolette (born Wolfgang Neuhaus, in Cologne on 7 August 1960), who was credited on the Afternoons in Utopia album.

“Big in Japan” was Alphaville’s biggest hit, topping the charts in Germany, Greece, Switzerland, Sweden, Turkey, Venezuela, and the US Billboard Dance Chart (the group’s only Top 10 on any Billboard chart).