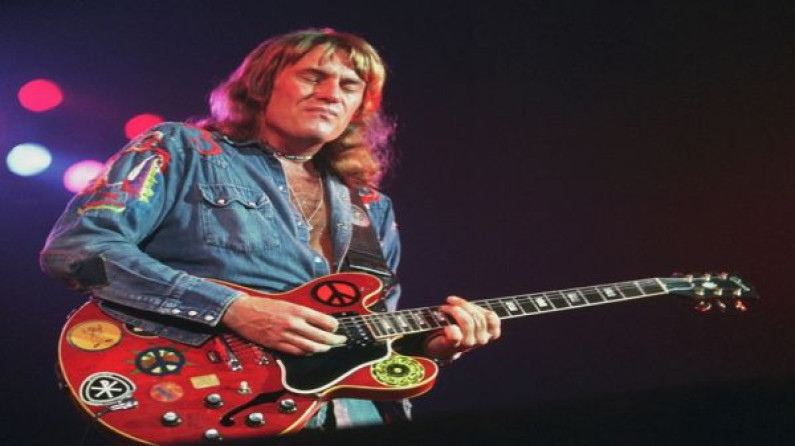 He was born in Nottingham and attended the Margaret Glen-Bott School in Wollaton which was a precursor to Comprehensive Schools with grammar and secondary modern streams.

He began playing guitar at the age of 13. In 1960, Lee along with Leo Lyons formed the core of the band Ten Years After. Influenced by his parents’ collection of jazz and blues records, it was the advent of rock and roll that sparked his interest.

Lee’s performance at the Woodstock Festival was captured on film in the documentary of the event, and his ‘lightning-fast’ playing helped catapult him to stardom.

Soon the band was playing arenas and stadiums around the globe. The film brought Lee’s music to a worldwide audience, although he later lamented that he missed the lost freedom and spiritual dedication with his earlier public.

Lee was named “the Fastest guitarist in the West”, and considered a precursor to shred-style playing that would develop in the 1980s.

Ten Years After had success, releasing ten albums together, but by 1973, Lee was feeling limited by the band’s style. Moving to Columbia Records had resulted in a radio hit song, “I’d Love To Change the World”, but Lee preferred blues-rock to the pop to which the label steered them.

He left the group after their second Columbia LP. With American Christian rock pioneer Mylon LeFevre, along with guests George Harrison, Steve Winwood, Ronnie Wood and Mick Fleetwood, he recorded and released On the Road to Freedom, an acclaimed album that was at the forefront of country rock.

Also in 1973 he sat in on the Jerry Lee Lewis double album The Session recorded in London featuring many other guest stars including Albert Lee, Peter Frampton and Rory Gallagher. A year later, in response to a dare, Lee formed Alvin Lee & Company to play a show at the Rainbow in London and released it as a double live album, In Flight.

Various members of the band continued on with Lee for his next two albums, Pump Iron! and Let It Rock. In late 1975, he played guitar for a couple of tracks on Bo Diddley’s The 20th Anniversary of Rock ‘n’ Roll all-star album.