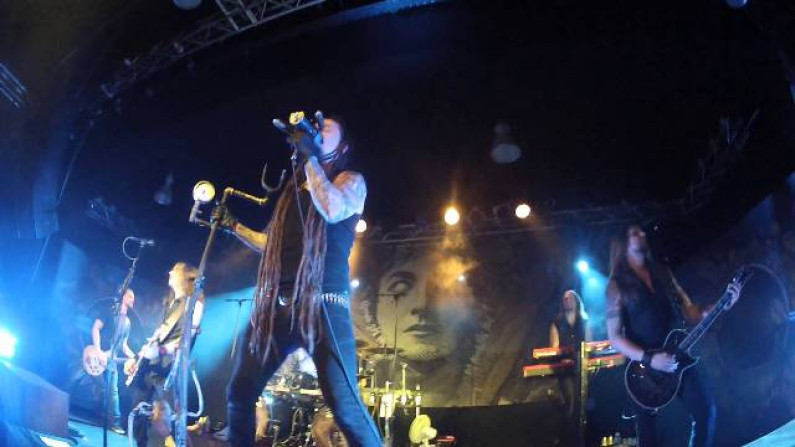 Amorphis is a Finnish heavy metal band founded by Jan Rechberger, Tomi Koivusaari, and Esa Holopainen in 1990. Initially, the band was a death metal act, but on later albums they evolved into playing other genres, including heavy metal, progressive metal, and folk metal. They frequently use the Kalevala, the Epic Poem of Finland, as a source for their lyrics.

Disment of Soul & The Karelian Isthmus

Jan Rechberger played in a thrash metal band called Violent Solution, which Tomi Koivusaari had left in 1990 to form the death metal band Abhorrence, with Koivusaari being replaced by Esa Holopainen.

Violent Solution slowly dissolved with Jan Rechberger and Esa Holopainen deciding to continue working with each other to form their own death metal band, Amorphis.

With Rechberger having ties with Koivusaari, In early 1990, Koivusaari became the vocalist and the band also got Oppu Laine to become their bassist.

During that time, Koivusaari also performed rhythm guitar, leading to the band dumping all original compositions and starting over again.[why?] Koivusaari’s other band, Abhorrence, split up and he found himself with more time to put into Amorphis.

A demo tape, Disment of Soul, was recorded in 1991 by Timo Tolkki at TTT studios. It was meant to be Dismemberment of soul but they forgot the word “member” and so it was Disment.

After the band recorded their first studio demo tape, Relapse Records offered Abhorrence a recording contract. Since Abhorrence was no longer active, they sent their own demo in the return mail and got signed to a worldwide recording deal.

Soon after getting signed they released their death metal debut, The Karelian Isthmus under the new name Amorphis and later released the Privilege of Evil EP. The EP featured Abhorrence’s original vocalist, Jukka Kolehmainen, on vocals on the Abhorrence cover song “Vulgar Necrolatry”.