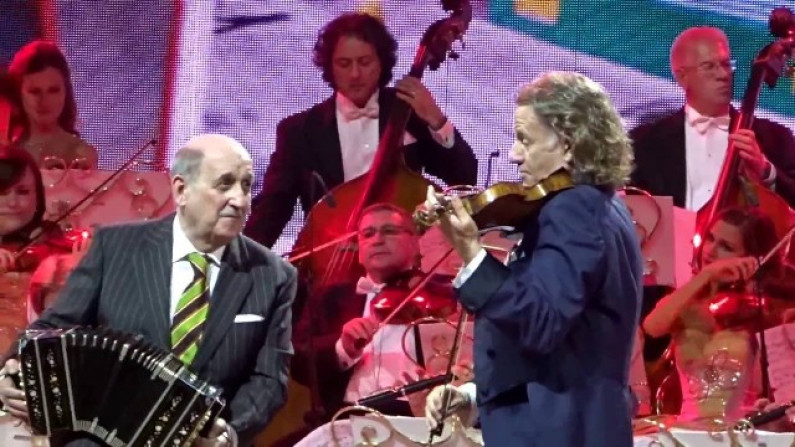 The Orchestra began in 1987 with 12 members, giving its first concert on 1 January 1988. Over the years it has expanded dramatically, nowadays performing with between 80 and 150 musicians. At the time the Orchestra first toured Europe, a renewed interest in waltz music emerged in the continent.

The revival began in the Netherlands and was ignited by their recording of the Second Waltz from Shostakovich’s Suite for Variety Orchestra. As a result, Rieu became known as the modern “Waltz King”, a title originally bestowed upon Johann Strauss II.

Rieu and his orchestra have performed throughout Europe, North and South America, Japan, and Australia. The size and revenue of their tours are rivaled only by the largest pop and rock music acts.

In 2008 Rieu’s extravagant tour featured a full size reproduction of Empress Sisi’s Castle, the biggest stage ever to go on tour at that time. During the first half of 2009, André Rieu was the world’s most successful male touring artist, according to Billboard magazine.