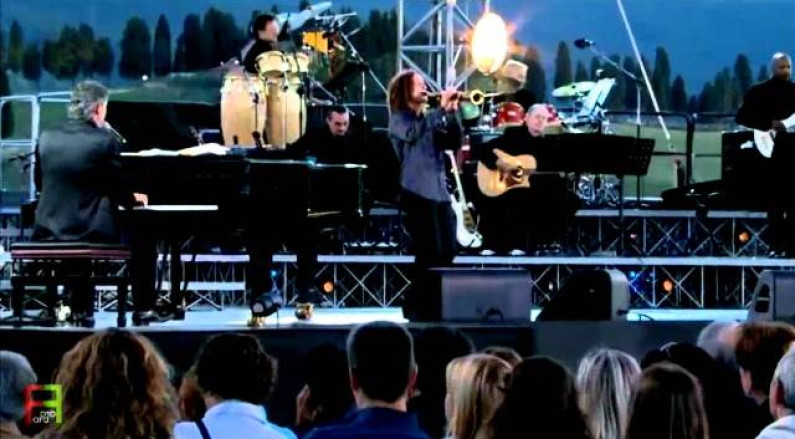 Andrea Bocelli, OMRI, OMDSM (born 22 September 1958) is an Italian tenor and singer-songwriter. Born with poor eyesight, he became blind at the age of twelve following an association football accident.

“The Prayer”, his duet with Celine Dion for the animated film Quest for Camelot, won the Golden Globe for Best Original Song and was nominated for an Academy Award in the same category.

The album’s first single, “Time to Say Goodbye” was a duet with Sarah Brightman that topped charts across Europe, including Germany, where it stayed at the top of the charts for fourteen consecutive weeks, breaking the all-time sales record, with over three million copies sold in the country.