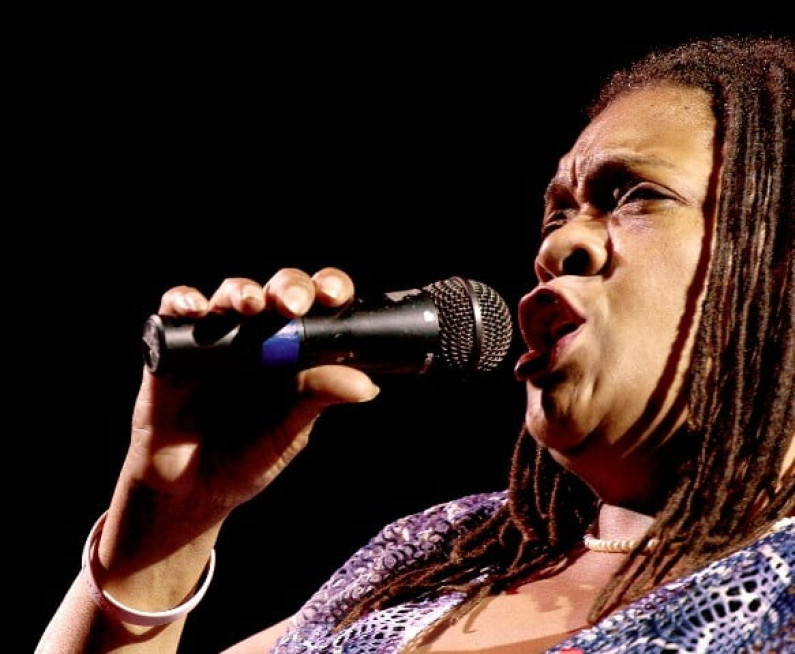 BAM , Black American Music, called Angela their music, if you ask for your favorite stylistics. Black American music is blues, inspired by gospel, soul and jazz.

But this is also the history of today’s entertainment music, in which every new style was first developed by black musicians. The Blues at the beginning, parallel to the Baptist churches of the American South of the Gospel, then the Jazz, later the Rock’n Roll.

Almost always negotiated the songs of stories written by life, such as also Angela she sings. Stories about Love, Life and babies , about the work and the pleasure about the blues that everyone understands.

Her stage presence is unrivaled, her audience has managed from the very first moment. Chicago Blues and Black American Music – classic, unplugged, original.

Angela Brown , in Chicago as the hottest lady in town celebrated, sang with nine years secretly at night in the clubs of Chicago. It is not only charming, wit and personality. Her voice is powerful, she herself irresistible.

Angela Brown has the aura of legendary blues singer inside the twenties and it occurs seamlessly in the footsteps of singers like Bessie Smith and Ma Rainey.

Born Angela Brown in 1953 in Chicago.
Of course she has, like almost all black singers, first sung in the church, but then taken acting lessons and worked for several years as an actor before the role of Bessie Smith was offered in a musical. She had to sing. And as they sang …
a star was born!