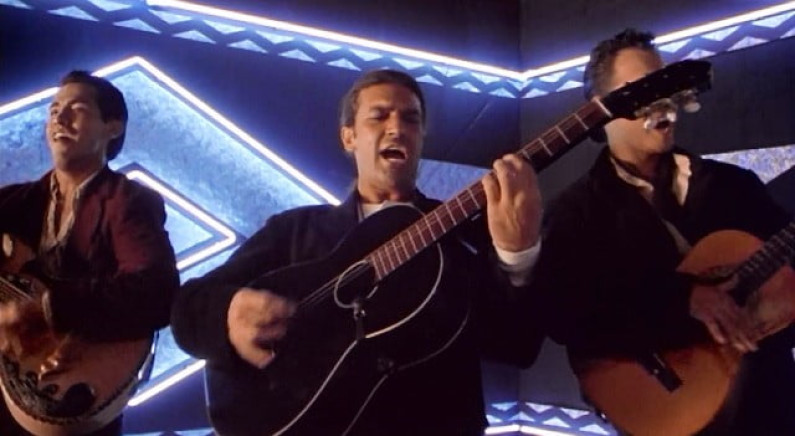 José Antonio Domínguez Banderas (born 10 August 1960) is a Spanish actor, director, and producer. He began his acting career with a series of films by director Pedro Almodóvar and then appeared in high-profile Hollywood movies, especially in the 1990s, including Assassins, Evita, Interview with the Vampire, Philadelphia, Desperado, The Mask of Zorro and Spy Kids. Banderas also portrayed the voice of “Puss in Boots” in the Shrek sequels and Puss in Boots as well as the bee in the US Nasonex commercials.

José Antonio Domínguez Banderas was born on 10 August 1960, in the Andalusian town of Benalmádena, the son of José Domínguez, a police officer in the Civil Guard, and Ana Banderas Gallego, a school teacher. He has a younger brother, Javier. Although his father’s family name is Domínguez, he took his mother’s last name as his stage name.

As a child, he wanted to become a professional football player until a broken foot sidelined his dreams at the age of fourteen. He showed a strong interest in the performing arts and formed part of the ARA Theatre-School ran by Ángeles Rubio-Argüelles y Alessandri (wife of diplomat, writer and film director Edgar Neville) and the College of Dramatic Art, both in Málaga. His work in the theater, and his performances on the streets, eventually landed him a spot with the Spanish National Theatre.

Banderas began working in small shops during Spain’s post-dictatorial cultural movement known as the ‘Movida’.While performing with the theatre, Banderas caught the attention of Spanish director Pedro Almodóvar, who cast the young actor in his 1982 movie debut Labyrinth of Passion.

Five years later, he went on to appear in the director’s Law of Desire, making headlines with his performance as a gay man, which required him to engage in his first male-to-male onscreen kiss.