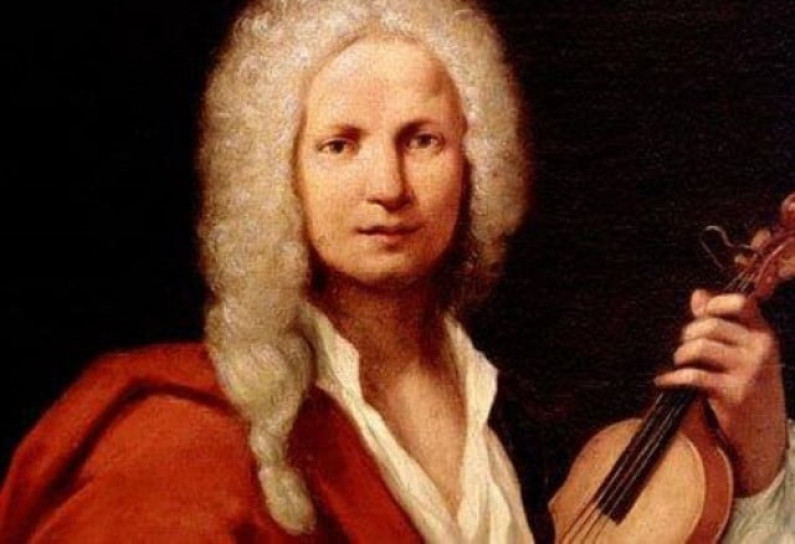 Though not known for certain, the child’s immediate baptism was most likely due either to his poor health or to an earthquake that shook the city that day. In the trauma of the earthquake, Vivaldi’s mother may have dedicated him to the priesthood. Vivaldi’s official church baptism took place two months later.

Giovanni Battista, who was a barber before becoming a professional violinist, taught Antonio to play the violin and then toured Venice playing the violin with his young son.

Antonio was probably taught at an early age, judging by the extensive musical knowledge he had acquired by the age of 24, when he started working at the Ospedale della Pietà. Giovanni Battista was one of the founders of the Sovvegno dei musicisti di Santa Cecilia, an association of musicians.

The president of the Sovvegno was Giovanni Legrenzi, an early Baroque composer and the maestro di cappella at St Mark’s Basilica. It is possible that Legrenzi gave the young Antonio his first lessons in composition.

The Luxembourg scholar Walter Kolneder has discerned the influence of Legrenzi’s style in Vivaldi’s early liturgical work Laetatus sum (RV Anh 31), written in 1691 at the age of thirteen.

Vivaldi’s father may have been a composer himself: in 1689, an opera titled La Fedeltà sfortunata was composed by a Giovanni Battista Rossi – the name under which Vivaldi’s father had joined the Sovvegno di Santa Cecilia.

Vivaldi’s health was problematic. His symptoms, strettezza di petto (“tightness of the chest”), have been interpreted as a form of asthma. This did not prevent him from learning to play the violin, composing or taking part in musical activities, although it did stop him from playing wind instruments.

In 1693, at the age of fifteen, he began studying to become a priest. He was ordained in 1703, aged 25, and was soon nicknamed il Prete Rosso, “The Red Priest”.(Rosso is Italian for “red”, and would have referred to the color of his hair, a family trait.)

Not long after his ordination, in 1704, he was given a dispensation from celebrating Mass because of his ill health. Vivaldi only said Mass as a priest a few times and appeared to have withdrawn from priestly duties, though he remained a priest.