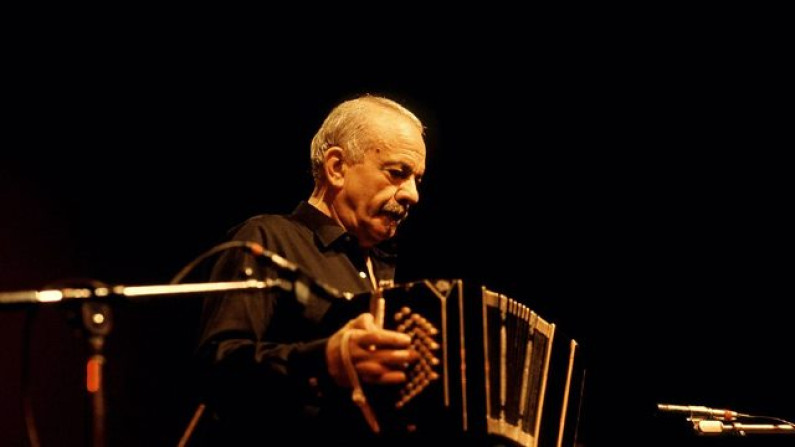 A virtuoso bandoneonist, he regularly performed his own compositions with a variety of ensembles. In 1992, American music critic Stephen Holden described Piazzolla as “the world’s foremost composer of tango music”.

During his five years of study with Ginastera he mastered orchestration, which he later considered to be one of his strong points. In 1943 he started piano lessons with the Argentine classical pianist Raúl Spivak, which would continue for the next five years, and wrote his first classical works Preludio No. 1 for Violin and Piano and Suite for Strings and Harps. That same year he married his first wife, Dedé Wolff, an artist, with whom he had two children, Diana and Daniel.

As time went by Troilo began to fear that the advanced musical ideas of the young bandoneonist might undermine the style of his orchestra and make it less appealing to dancers of tango.