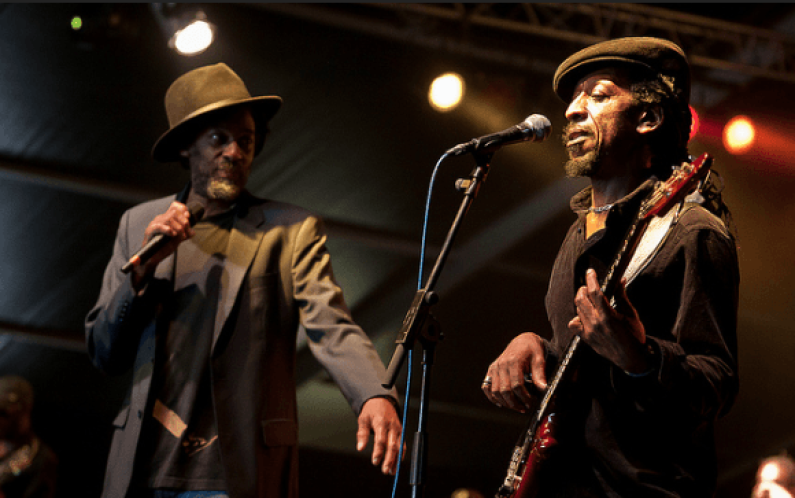 Aswad (“Black” in Arabic) are a long-lasting British reggae group, noted for adding strong R&B and soul influences to the reggae sound. They have been performing since the mid-1970s, having released a total of twenty-one albums.

They became one of the UK’s top reggae bands in the 1980s, following the departures of Hemmings (in 1976), Oban and Griffiths (both in 1980), and the arrival of Tony “Gad” Robinson (first as a replacement for Hemmings and then for Oban).

They were distinctly different from Jamaican reggae acts, in that they wrote songs that dealt with the issues surrounding the experiences of black youths growing-up in the UK; such as “Three Babylon” and “It’s Not Our Wish”, and the powerful jazz-influenced instrumental “Warrior Charge”.

Aswad released their most recent material in 2009, with the album City Lock. They released singles “What Is Love?” and “Do That Thing” in the same year.