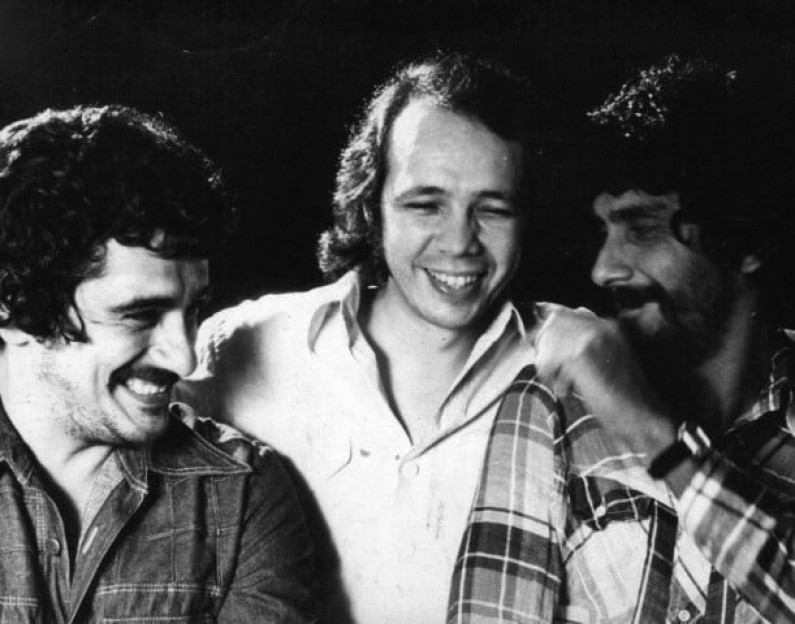 Since the mid-1990s, they have released albums on the London based Far Out Recordings label, while remaining based in Brazil, and continue to tour in Europe.

Azymuth have also been involved in producing albums and their artists have been involved in several other projects through the years, including an album by Brazilian singer-songwriter Ana Mazzotti, and the 2005 debut album, Equilibria, by Alex Malheiros’s daughter Sabrina Malheiros.

They call their music “Samba Doido”, which means “Crazy Samba”. Since the advent of the remix, many of Azymuth’s songs have been redone by a wide range of artists and musicians. Several electronic acts like Jazzanova among many others, can be heard remixing their works.

Bertrami had the largest solo career. His album Things Are Different (Far Out Recordings, 2001) featured Robertinho Silva among others. Bertrami died on July 8, 2012 at age 66.

Ariovaldo Contesini was the original fourth member and percussionist. He provided percussion during the recording session of the Azimuth EP and album in 1975. However, Contesini left the band shortly after completing the album.

Jota Moraes is a keyboardist, who filled in for Bertrami after his departure from the group in 1988. He recorded as a member of Azymuth for the next two albums after the former’s departure. Bertrami returned to his role upon the reunion of Azymuth in the mid-1990s.