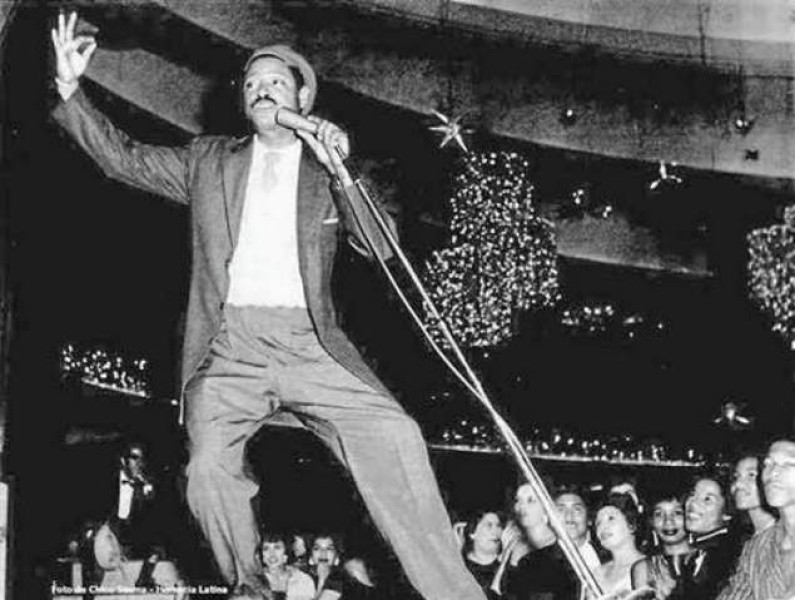 Bartolomé Maximiliano Moré (24 August 1919 – 19 February 1963), known as Benny Moré, was a famous Cuban singer. Due to his fluid tenor voice and his great expressivity, he was known variously as El Bárbaro del Ritmo and El Sonero Mayor.Moré was a master of most Cuban popular genres, such as the bolero, son montuno, mambo, and guaracha. Moré formed and led the Banda Gigante, one of the leading Cuban big bands of the 1950s, until his death in 1963.

His maternal great-great grandfather, Ta Ramón Gundo Paredes, was said to be the son of the king of a tribe in the Congo who was captured by slave traders and sold to a Cuban plantation owner (he was later liberated and died as a freeman at age 94).

As a child, Benny learned to play the guitar, making his first instrument at age six, according to his mother, out of a board and a ball of string. In 1936, at age seventeen, he left Las Lajas for Havana, where he lived by selling bruised and damaged fruits and vegetables and medicinal herbs.

Six months later he returned to Las Lajas and went to cut cane for a season with his brother Teodoro. With the money he earned and Teodoro’s savings, he bought his first decent guitar.

In 1940, Moré returned to Havana. He lived from hand-to-mouth, playing in bars and cafés, passing the hat. His first breakthrough was winning a radio competition. In the early 1940s, the radio station CMQ had a program called “The Supreme Court of Art” in which a wide variety of artists participated.