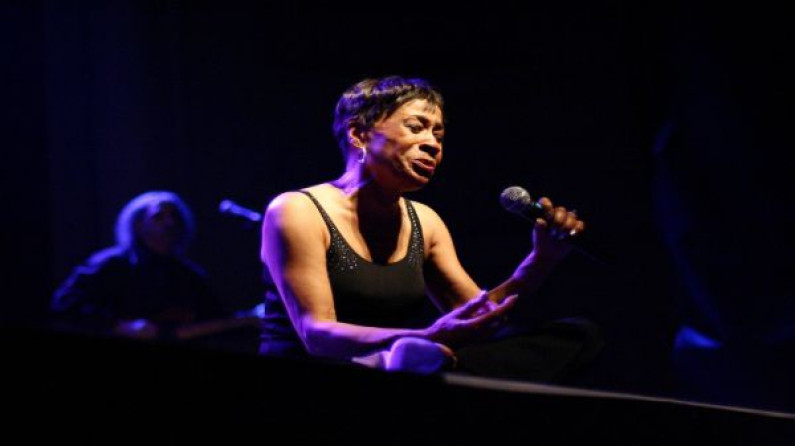 Bettye LaVette (born Betty Haskins, January 29, 1946) is an American soul singer-songwriter who made her first record at sixteen, but achieved only intermittent fame until 2005, with her album I’ve Got My Own Hell to Raise. Her eclectic musical style combines elements of soul, blues, rock and roll, funk, gospel, and country music.

LaVette was born in Muskegon, Michigan, and raised in Detroit. Unlike many of her contemporaries, she did not begin singing in the church, but in her parents’ living room, singing R&B and country and western music.

She was signed by Johnnie Mae Matthews, a local record producer. In 1962, aged sixteen, she recorded a single, “My Man—He’s a Lovin’ Man”, with Matthews, which became a Top Ten R&B hit after Atlantic Records bought distribution rights.

This led to a tour with rhythm and blues musicians Clyde McPhatter, Ben E. King, Barbara Lynn, and then-newcomer Otis Redding. She next hit the charts with “Let Me Down Easy” on Calla Records in 1965. This led to a brief stint with The James Brown Revue. After recording several 45–rpm singles for local Detroit labels, in 1969 LaVette signed to the Silver Fox label.

She cut a handful of tracks, including two Top 40 R&B hits: “He Made A Woman Out Of Me” and “Do Your Duty”. The Memphis studio musicians on these recordings have since become known as The Dixie Flyers.

In 1972, she signed once again with Atlantic/Atco. She was sent to Muscle Shoals Sound Studio in Alabama to record what was to be her first full length album.

Titled Child of the Seventies, it was produced by Brad Shapiro and featured the Muscle Shoals Rhythm Section, now known as The Swampers, but Atco chose not to issue the album.