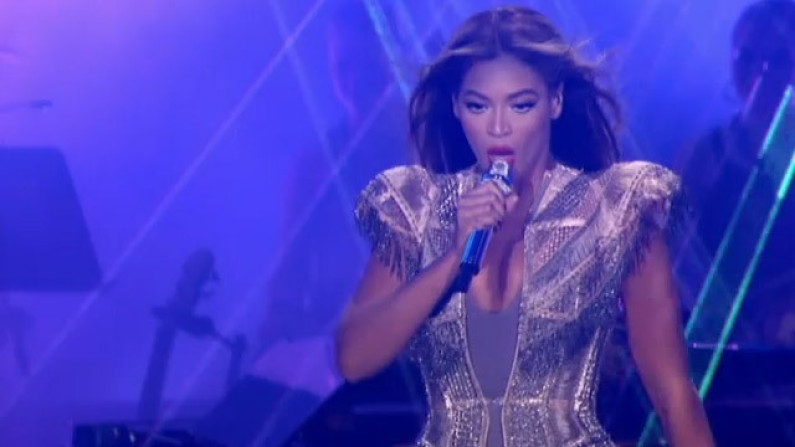 Beyoncé Giselle Knowles-Carter (born September 4, 1981) (/bɨˈjɒnseɪ/ bee-yon-say) is an American singer, songwriter, and actress. Born and raised in Houston, Texas, she performed in various singing and dancing competitions as a child, and rose to fame in the late 1990s as lead singer of R&B girl-group Destiny’s Child.

Managed by her father Mathew Knowles, the group became one of the world’s best-selling girl groups of all time. Their hiatus saw the release of Beyoncé’s debut album, Dangerously in Love (2003), which established her as a solo artist worldwide; it sold 11 million copies, earned five Grammy Awards and featured the Billboard Hot 100 number-one singles “Crazy in Love” and “Baby Boy”.

Following the disbandment of Destiny’s Child in June 2005, she released her second solo album, B’Day (2006), which contained hits “Déjà Vu”, “Irreplaceable”, and “Beautiful Liar”. Beyoncé also ventured into acting, with a Golden Globe-nominated performance in Dreamgirls (2006), and starring roles in The Pink Panther (2006) and Obsessed (2009).

Her marriage to rapper Jay-Z and portrayal of Etta James in Cadillac Records (2008) influenced her third album, I Am… Sasha Fierce (2008), which saw the birth of her alter-ego Sasha Fierce and earned a record-setting six Grammy Awards in 2010, including Song of the Year for “Single Ladies (Put a Ring on It)”.