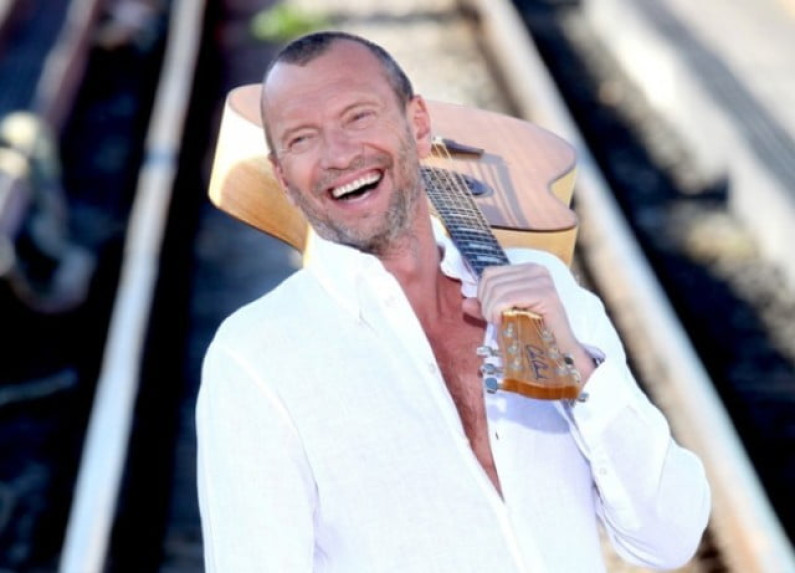 Biagio Antonacci (born 9 November 1963) is an Italian singer-songwriter from Milan.

Biagio Antonacci was born in Milan and was raised in one of its suburbs (Rozzano). Despite learning how to play the drums at a young age, he had to study in order to obtain a diploma in surveying.

He participated in the 38th Sanremo Music Festival in 1988 with the song Voglio vivere in un attimo. He was first signed to a record company in 1989, with his debut album Sono cose che capitano which went unnoticed except for the song Fiore.

His second album, Adagio Biagio, was released two years later. He slowly rose to recognition due to his two songs Danza sul mio petto and Però ti amo receiving airtime on the radio. He has two sons with Marianna Morandi, daughter of the Italian singer and actor Gianni Morandi.

Despite the interest raised from his first two albums, he did not break into the music scene. He was aware that if his third album did not satisfy the expectations of the record company, he would be gambling with his career.

In 1992 he released a single from his third album, Liberatemi with which he travelled around Italy participating in the Festivalbar and with which he finally obtained the recognition he deserved.

The album Liberatemi, produced by Mauro Malavasi, sold 150,000 copies and ratified the importance of Biagio Antonacci in the world of Italian music. In spite of these commitments, he dedicated his time to another of his passions, football; and became the leader of homegrown singers that aim to benefit charities.

In one of these occasions Don Pierino Gelmini and various enterprises collaborated with him on a project for young dropouts to return.

In 1993 he participated in the Sanremo Music Festival with the song Non so più a chi credere; in the same year he toured around all of Italy and gained public acknowledgement.

1999 he had a hit single with Viktor Lazlo in Belgium, It’s A Message For You for her album Amour(s), which peaked at No. 7 on the Belgian single charts and remained there for 17 weeks.

On 1 September 2005 in Hollywood, Biagio Antonacci received the award for “Best Male Selling Italian Artist” for over a million copies of the album Convivendo sold by early November.