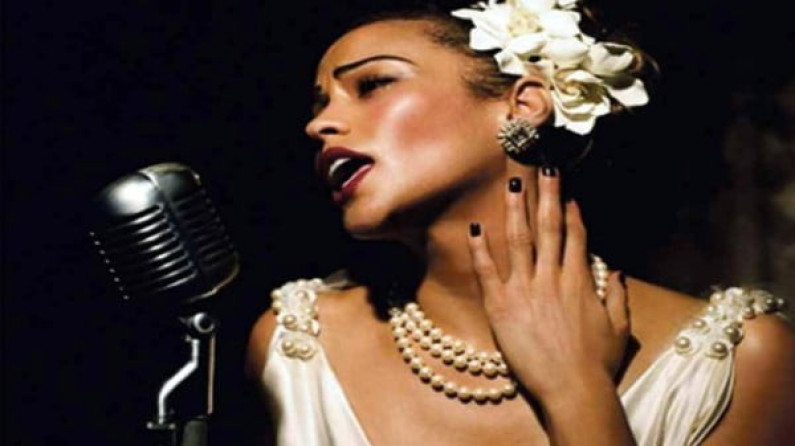 Nicknamed “Lady Day” by her friend and musical partner Lester Young, Holiday had a seminal influence on jazz and pop singing. Her vocal style, strongly inspired by jazz instrumentalists, pioneered a new way of manipulating phrasing and tempo.

In Harlem she started singing in various night clubs. Holiday took her professional pseudonym from Billie Dove, an actress she admired, and the musician Clarence Holiday, her probable father. At the outset of her career, she spelled her last name “Halliday”, the birth surname of her father, but eventually changed it to “Holiday”, his performing name.

The young singer teamed up with a neighbor, tenor sax player Kenneth Hollan. From 1929 to 1931, they were a team, performing at clubs such as the Grey Dawn, Pod’s and Jerry’s on 133rd Street, and the Brooklyn Elks’ Club.

Benny Goodman recalled hearing Holiday in 1931 at The Bright Spot. As her reputation grew, Holiday played at many clubs, including Mexico’s and The Alhambra Bar and Grill where Charles Linton, a vocalist who later worked with Chick Webb, first met her.

It was also during this period that she connected with her father, who was playing with Fletcher Henderson’s band.

By the end of 1932 at the age of 17, Billie Holiday replaced the singer Monette Moore at a club called Covan’s on West 132nd Street. The producer John Hammond, who loved Monette Moore’s singing and had come to hear her, first heard Holiday in early 1933.