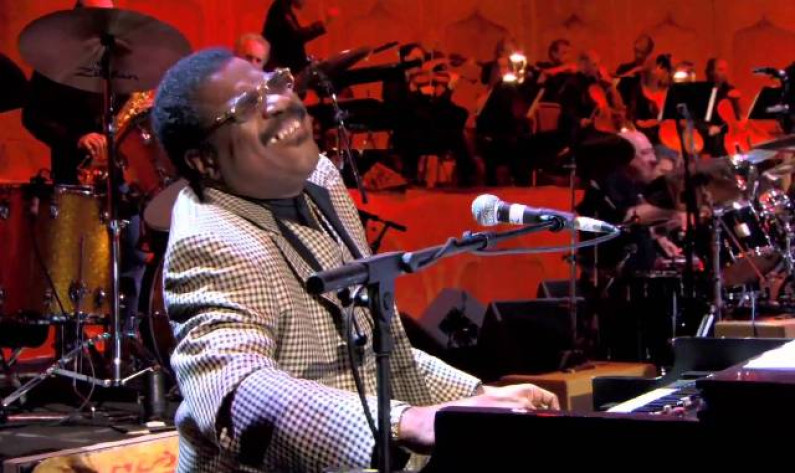 Preston was a top session keyboardist in the 1960s, during which he backed artists such as Little Richard, Sam Cooke, Ray Charles, and the Beatles. He then went on to achieve fame as a solo artist, with hit pop singles including “That’s the Way God Planned It”, “Outa-Space”, “Will It Go Round in Circles”, “Space Race”, and “Nothing from Nothing”.

Additionally, Preston co-wrote “You Are So Beautiful”, which became a number 5 hit for Joe Cocker; Stephen Stills asked Preston if he could use his phrase “if you can’t be with the one you love, love the one you’re with” and created the hit song.

Preston was the only musician to be credited on a Beatles recording other than the group’s four members: the group’s number-one hit “Get Back” is credited to “The Beatles with Billy Preston”.

Preston continued to record and perform with other artists, notably George Harrison after the Beatles’ break-up, and Eric Clapton, and he played keyboards for the Rolling Stones on many of the group’s albums and tours during the 1970s.

Preston was born on September 2, 1946 in Houston. When he was three, the family moved to Los Angeles, where Preston began playing piano while sitting on his mother Robbie’s lap.[citation needed] Noted as a child prodigy, Preston was entirely self-taught and never had a music lesson.

By the age of ten, he was playing organ onstage backing several gospel singers such as Mahalia Jackson, James Cleveland and Andraé Crouch.

In 1962, Preston joined Little Richard’s band as an organist, and it was while performing in Hamburg that he met the Beatles. In 1963, he played the organ on Sam Cooke’s Night Beat album and released his own debut album, 16 Yr Old Soul, for Cooke’s SAR label.

In 1965, he released the album The Most Exciting Organ Ever and performed on the rock and roll show Shindig! In 1967, he joined Ray Charles’ band. Following this exposure, several musicians began asking Preston to contribute to their sessions.