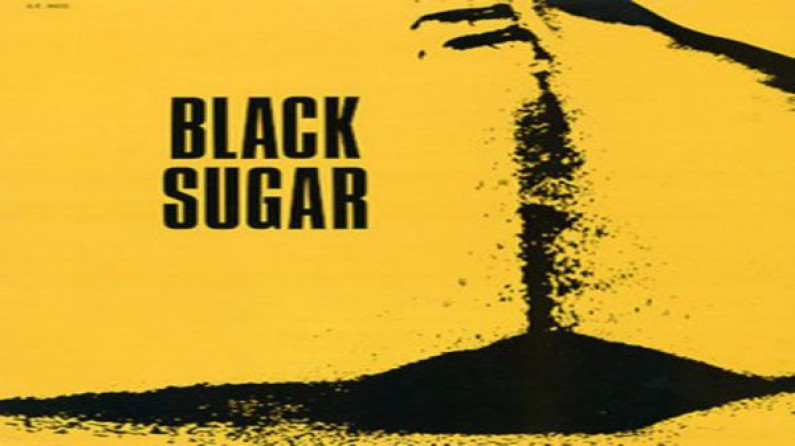 Black Sugar, the brainchild of Victor “Coco” Salazar and Miguel “Chino” Figueroa, was formed in 1969 under the name Los Far Fen, mainly because the group had a Farfisa and a Fender amplifiers as their only electronic amplification equipment.

Los Far Fen recorded three 45 rpm records with six tunes:original compositions, pop tunes and ballads. Three of those tracks, featured on this CD, show the talented arrangements of “Coco” Salazar and the inspired organ and keyboard solos of “Chino” Figueroa; also determined the future musical direction of the group and their natural ability to play Latin Funk.

In 1970 the group was given the name of Black Sugar by Jaime Delgado Aparicio, a jazz piano player and arranger that at the time was the artistic director of Sono Radio, a Peruvian label.

Delgado Aparicio, recognizing the talent of the young musicians, gave the group an opportunity to record a long play in 1971. Original compositions like “Too Late”, “Viajecito” and “The Looser” made this LP an immediate best seller. Black Sugar “Black Sugar” was sold in all South America and there was a release of the LP in USA by a Miami based label.

The success of Black Sugar was not due to luck or marketing. black.gif (20971 bytes)Their members were some of the finest , if not the best, young musician from Peru. The arranger, “Coco” Salazar was also a fantastic guitar player; Miguel “Chino” Figueroa was the composer of almost all the original songs by Black Sugar, besides playing keyboards, he was also an inspired organ player; Jose Cruz was one of the most promising young jazz drummers; it is hard not to mention the rest of the musicians, players like Roberto Valdez, Luis Calixto, Antonio Ginocchio, etc… deserve an extensive description of their abilities.

The last musician I want to mention is Coco Lagos, king of Latin Percussion in Peru in the 70’ s, his playing is featured in all the songs. Black Sugar recorded a second LP in 1972 and their last recording, one 45 rpm in 1978.

The second LP features more original composition than the first one, also the playing and the soloing show musical maturity. Tracks like : Fuego, Kathy, Checan, All your Love , the beautiful arrangement to Stevie Wonder “Don’ t You Worry About a Thing”, etc….make this LP a jewel.

Definitely their style is unique, with influences from groups like Tower of Power, Blood Sweat and Tears and Chicago mixed with a Latin Funk flavor.

At the end, the music speaks by itself, Black Sugar was a world class latin funk band.