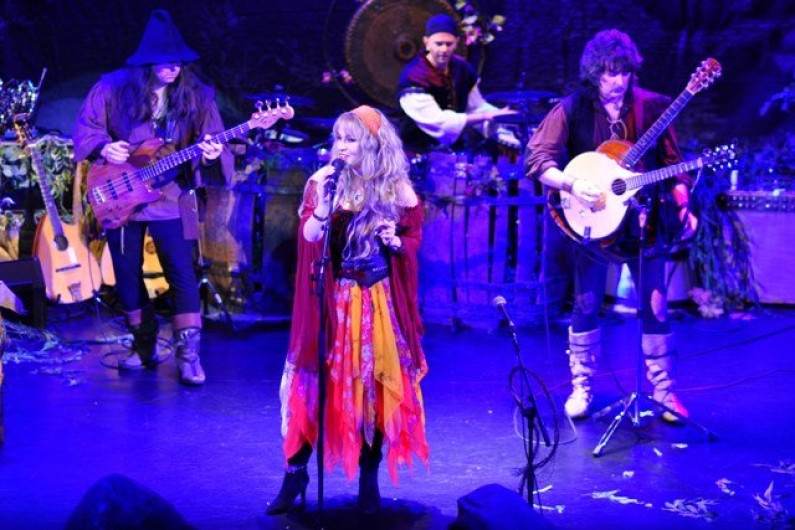 Blackmore’s Night is a British/American traditional folk rock duo formed in 1997, consisting of Ritchie Blackmore (acoustic and electric guitar) and Candice Night (lead vocals, lyricist and multi-instrumentalist). To date they have released ten studio albums; their latest, All Our Yesterdays, was released on September 18, 2015.

Candice was a Rainbow fan, and first encountered Ritchie Blackmore to ask him for an autograph in 1989, while she was working for a local New York radio station. The two started living together in 1991, and discovered they both had a passionate interest in Renaissance music.

During the reformed Rainbow’s recording of the album Stranger in Us All in 1995, on which Night contributed some of the lyrics and backing harmony vocals, the duo were already gearing up their debut album.

Night’s personality and singing ability made her the natural choice as frontwoman. In 1997 the project started as being a pun of their own names, which would consist of themselves plus session musicians.

Their debut album Shadow of the Moon was a musical success and featured Ian Anderson of Jethro Tull on flute for the song “Play Minstrel Play”. In subsequent albums, particularly Fires at Midnight, there was an increased incorporation of rock guitar into the music, whilst maintaining a folk rock direction.