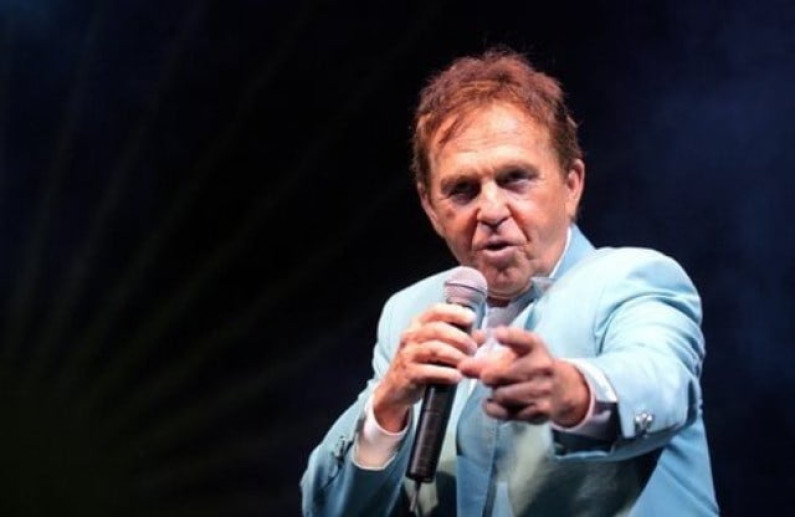 Stanley Robert “Bobby” Vinton, Jr. (born April 16, 1935) is an American pop music singer of Polish and Lithuanian ethnic background. In pop music circles, he became known as “The Polish Prince of Poch”, as his music pays tribute to his Polish heritage.

Known for his angelic vocals in love songs, his most popular song, “Blue Velvet” (a cover of Tony Bennett’s 1951 song), peaked at No. 1 on the now renamed Billboard Pop Singles Chart. It also served as inspiration for the film of the same name.

Vinton is the only child of a locally popular bandleader Stan Vinton and Dorothy Studzinski Vinton.The family surname was originally Vintula, and was changed by the senior Vinton.Vinton’s parents encouraged their son’s interest in music by giving him his daily 25 cent allowance after he had practiced the clarinet.

At 16, Vinton formed his first band, which played clubs around the Pittsburgh area. With the money he earned, he helped finance his college education at Duquesne University, where he graduated with a degree in musical composition.

While at Duquesne, he became proficient on all of the instruments in the band: piano, clarinet, saxophone, trumpet, drums and oboe.When Vinton became an active musician, it was common for people to become confused with the bands of father and son, as both were named Stanley. Vinton’s father suggested his son use his middle name of Robert professionally to clear up the confusion.

These streets were built in the late 1970s; prior attempts to name a residential street after him failed. The residents did not care for the singer always using Pittsburgh as his home town on TV interviews.