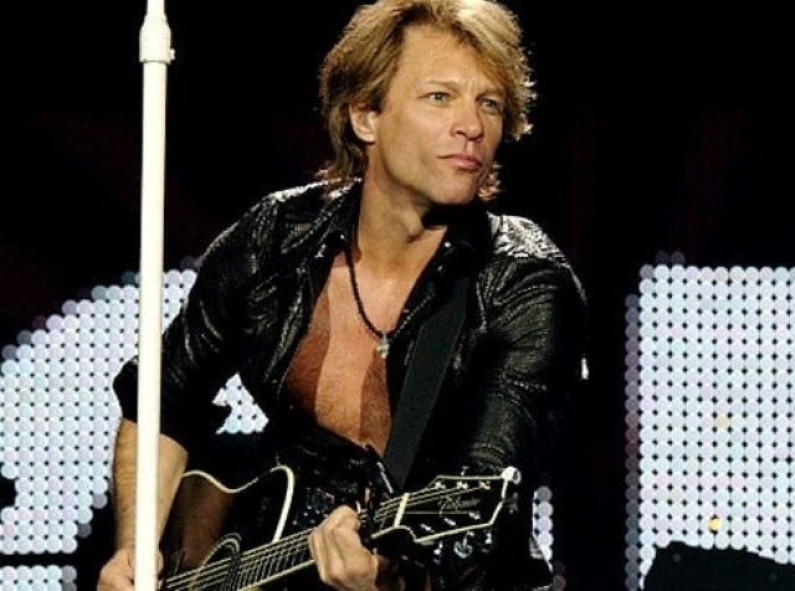 On November 27, 2012, Bon Jovi released a new live video album, called Inside Out, made up of content from shows at the O2 Arena, MetLife Stadium, and Madison Square Garden.

The album was first shown at movie theaters, with screenings preceded by a question-and-answer session with Jon Bon Jovi, Richie Sambora, David Bryan and Tico Torres streamed live from a theater in New York, and was subsequently made available for purchase on iTunes.

On March 14, 2013, Bon Jovi appeared on the results show of American Idol and played one song, Because We Can, from their new album What About Now.

From 2 April forward, Richie Sambora departed the band’s ongoing tour for unspecified “personal reasons”; Phil X once again replaced him, this time for the remainder of the tour, amidst rumours that Sambora had been fired. Both Sambora and Jon Bon Jovi later denied the claim.

Tico Torres was also sidelined briefly due to emergency gallbladder surgery; he was replaced by Rich Scannella from Bon Jovi’s solo band, the Kings of Suburbia, from 20 September to 6 October.

Following the difficulties of the Because We Can Tour, Bon Jovi had other plans in mind. In a private solo concert in Las Vegas, Jon Bon Jovi spoke about the future of the band saying that he took the band into the last tour too quickly and that the tour had taken a toll on all of them.

He also stated that for the first time his family admitted that him being gone had impacted them. “If we are done, I’m happy that we went out on top.” Jon said in conclusion.

2014 marked the 30th Anniversary since the band’s first album Bon Jovi was released. In celebration of this, the band’s album New Jersey was reissued along with an additional CD with the Sons of Beaches demos on it.

In November 2014, Jon Bon Jovi told a reporter that Richie Sambora had officially left the band, saying “He’s quit. He’s gone. No hard feelings.” That November, he also revealed that he was finishing writing songs for the band’s next studio album, their first without Sambora, who was unofficially replaced by touring guitarist Phil X.