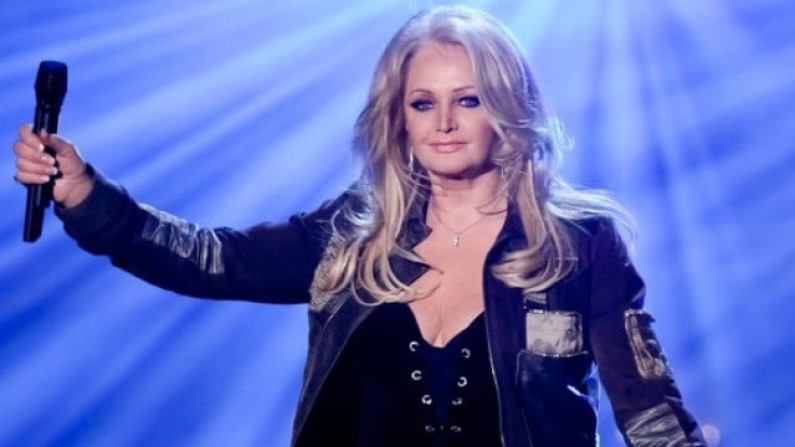 Bonnie Tyler (born Gaynor Hopkins;8 June 1951) is a Welsh singer. She was born in Skewen, Wales, and spent seven years performing in pubs and clubs around South Wales before being signed to RCA Records in 1975.

Tyler came to prominence with the release of her 1977 album The World Starts Tonight and its singles “Lost in France” and “More Than a Lover”.

Her 1978 single “It’s a Heartache” was a hit on both sides of the Atlantic, reaching number 4 in the UK and number 3 in the US. After winning the 10th World Popular Song Festival for the UK in 1979, Tyler converted from country music to rock music.

Her career peaked in the 1980s when she collaborated with Jim Steinman, releasing international hits “Total Eclipse of the Heart” and “Holding Out for a Hero”. Tyler’s success in this period culminated in two Brit Award and three Grammy Award nominations. Her album Faster Than the Speed of Night entered the UK Albums Chart at No.1 in 1983.

Tyler’s shift from rock to pop and soft rock in the 1990s led to success in continental Europe with singles “Bitterblue” (1991), “Fools Lullaby” (1992) and “Making Love Out of Nothing at All” (1995). Making a comeback in 2003, she released “Si demain…” with Kareen Antonn, which was a number one in France for ten weeks.

Her latest album Rocks and Honey has had moderate success in Europe, with her single “Believe in Me” being used as the UK’s entry for the Eurovision Song Contest 2013.Following the contest, Tyler received two Eurovision Song Contest Radio Awards for Best Song and Best Singer, making her the first UK representative to win the award.

Her distinctive husky voice, which is a result of an operation to remove vocal nodules, has had her compared to artists such as Rod Stewart and Kim Carnes.Tyler has been referred to as the ‘International First Lady of Rock’and two of her songs are among the best-selling singles of all time