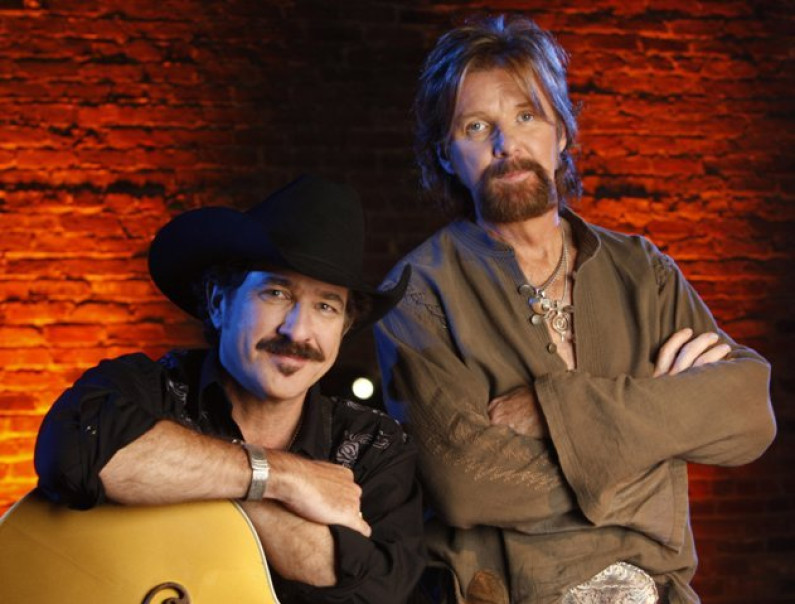 Brooks & Dunn is an American country music duo consisting of Kix Brooks and Ronnie Dunn, both vocalists and songwriters. The duo was founded in 1990 through the suggestion of Tim DuBois.

Before the foundation, both members were solo recording artists. Brooks wrote number one singles for John Conlee, Nitty Gritty Dirt Band, and Highway 101; both he and Dunn also charted two solo singles apiece in the 1980s, with Brooks also releasing an album for Capitol Records in 1989.

Signed to Arista Nashville in 1991, the duo has recorded ten studio albums, one Christmas album, and three compilation albums for the label. They also have released fifty singles, of which twenty went to number one on the Hot Country Songs charts and nineteen more reached top ten.

Two of these number-one songs, “My Maria” (a cover of the B.W. Stevenson song) and “Ain’t Nothing ‘Bout You”, were the top country songs of 1996 and 2001, respectively, according to the Billboard Year-End charts.

The latter is also the duo’s longest-lasting number one, at six weeks. Several of their songs have also reached the Billboard Hot 100, with the number 25 peaks of “Ain’t Nothing ’bout You” and “Red Dirt Road” being their highest there. Brooks & Dunn also won the Country Music Association Vocal Duo of the Year award every year between 1992 and 2006, except for 2000.

Two of their songs won the Grammy Award for Best Country Performance by a Duo or Group with Vocal: “Hard Workin’ Man” in 1994 and “My Maria” in 1996.

All but two of the duo’s studio albums are certified platinum or higher by the Recording Industry Association of America; their highest-certified is their 1991 debut Brand New Man, which is certified sextuple-platinum for shipments of six million copies.