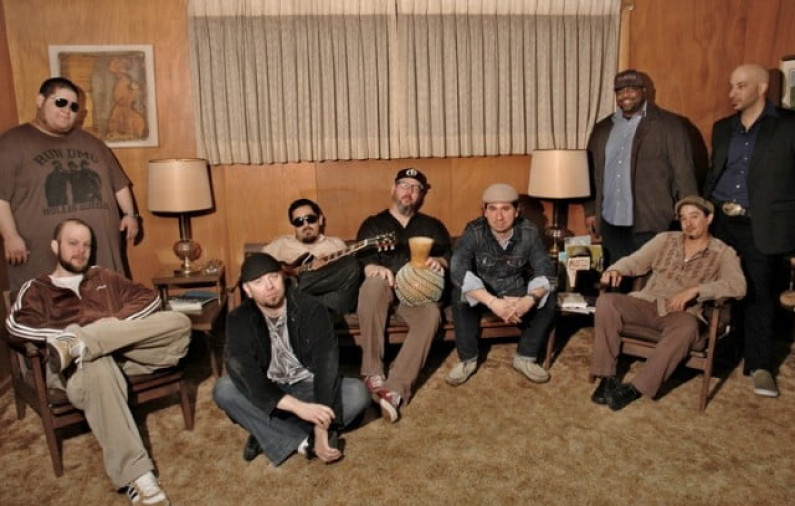 An 8-piece outfit formed ten years ago by members of Grammy Award-winning Latin revival orchestra Grupo Fantasma, Brownout has evolved into a musical force all its own. After garnering their third Austin Music Award last year, the band has continued to produce music that is unflinchingly progressive, while evoking the classic influences of artists such asWAR, Cymande and Funkadelic.

With its latest recording, Brownout Presents Brown Sabbath, they remain true to the darkness, bombast and fuzz of Sabbath’s sound, while re-imagining the music with greasy Afro-Latin horns, hypnotic percussion and psyched-out, rare-groove improv. Crushing Vinyl blog called a recent performance “magical,” while OkayPlayer wrote, “frantic horn squeals but up against the restless rhythms of the band, paying deep respects.”