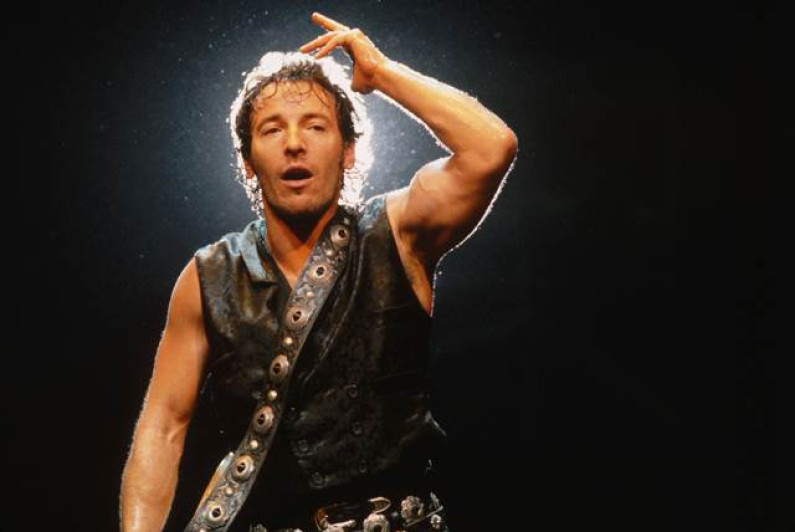 Bruce  Springsteen (born September 23, 1949) is an American musician, singer, songwriter and humanitarian. He is best known for his work with his E Street Band. Nicknamed “The Boss”, Springsteen is widely known for his brand of poetic lyrics, Americana, working-class and sometimes political sentiments centered on his native New Jersey, his distinctive voice and his lengthy and energetic stage performances, with concerts from the 1970s to the present decade running over three hours in length.

Springsteen was born on September 23, 1949, at Monmouth Medical Center in Long Branch, New Jersey. He was brought home from the hospital to Freehold Borough where he spent his childhood.

He lived on South Street and attended Freehold Borough High School. His father, Douglas Frederick Springsteen, was of Dutch and Irish ancestry and worked as a bus driver, among other vocations, although he was mostly unemployed.