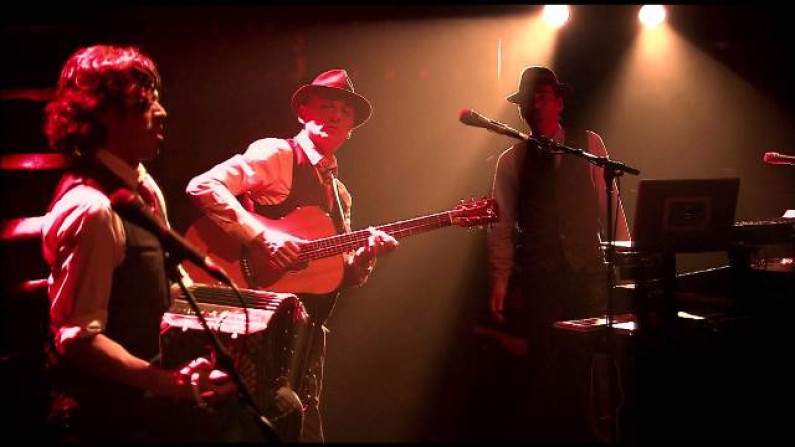 Gotan Project formed in 1999. Their first release was “Vuelvo Al Sur/El Capitalismo Foráneo” in 2000, followed by the album La Revancha del Tango in 2001. Their music involves tango, but also uses elements such as samples, beats, and breaks.

This album is a compilation of classic tangos from the likes of Aníbal Troilo, Ástor Piazzolla and Gotan Project remixes. The album also includes a bonus CD with the track “La Cruz del Sur” – which was meant to be included on La Revancha del Tango, but did not make the cut in 2001.

Before Gotan Project
Eduardo Makaroff arrived in France in the early 90s to develop Argentine tango music, he performed with his band “Mano a Mano”.

Band name
The name of the trio is a play on the name of a famous tango compilation album that featured several American classical musicians who came together to record a tango album, originally released in 1982. This album, called the Tango Project, includes a rendition of Carlos Gardel’s and Alfredo Le Pera’s “Por Una Cabeza” which had been featured in movies such as Schindler’s List, Scent of a Woman and True Lies.