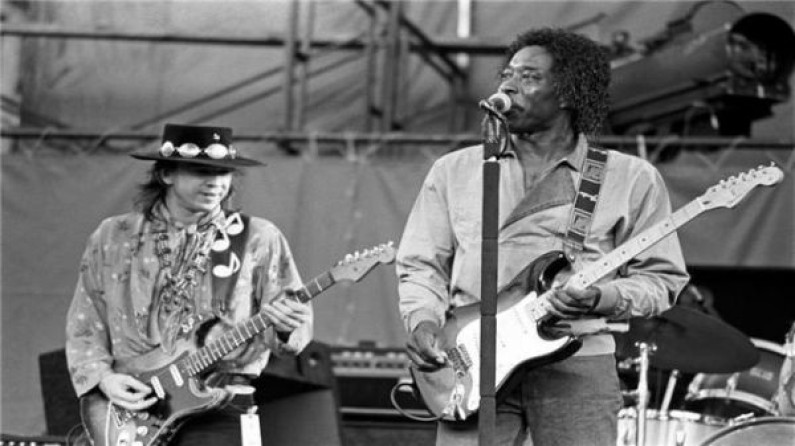 George “Buddy” Guy (born July 30, 1936) is an American blues guitarist and singer. He is an exponent of the Chicago blues and has influenced blues guitarists Jimi Hendrix, Eric Clapton, Jimmy Page, and Stevie Ray Vaughan.

In the 1960s Guy was a member of Muddy Waters’ band and was a house guitarist at Chess Records. Guy had a long musical partnership with harmonica player Junior Wells.

While Buddy Guy’s music is often labelled Chicago blues, his style is unique and separate. His music can vary from the most traditional, deepest blues to a creative, unpredictable and radical gumbo of the blues, avant rock, soul and free jazz that morphs at each night’s performance.

Mr. Guy, 68, mingles anarchy, virtuosity, deep blues and hammy shtick in ways that keep all eyes on him…. [Guy] loves extremes: sudden drops from loud to soft, or a sweet, sustained guitar solo followed by a jolt of speed, or a high, imploring vocal cut off with a rasp…. Whether he’s singing with gentle menace or bending new curves into a blue note, he is a master of tension and release, and his every wayward impulse was riveting.

In an interview taped April 14, 2000, for the Cleveland college station, WRUW-FM, Guy said: “The purpose of me trying to play the kind of rocky stuff is to get airplay…