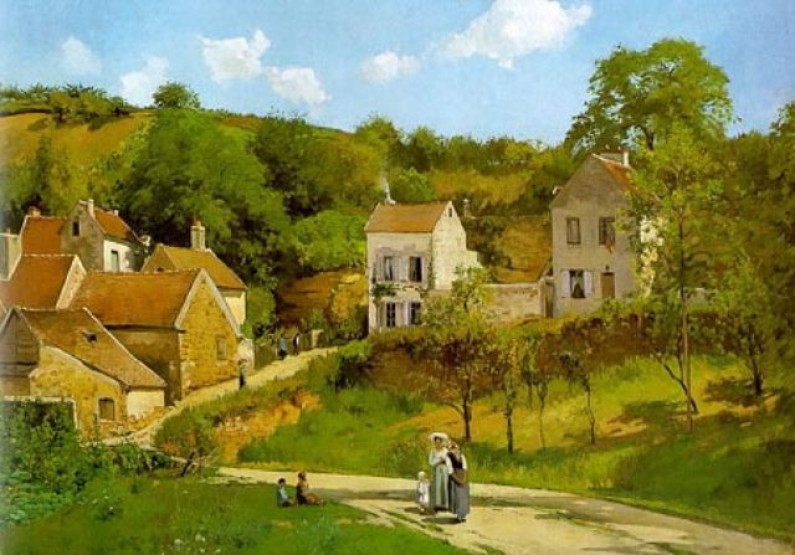 Camille Pissarro was born on July 10, 1830, on the island of St. Thomas. Relocating to Paris as a young man, Pissarro began experimenting with art, eventually helping to shape the Impressionist movement with friends including Claude Monet and Edgar Degas. Pissarro was also active in Postimpressionist circles, continuing to paint until his death in Paris on November 13, 1903.

Jacob-Abraham-Camille Pissarro was born on July 10, 1830, on St. Thomas, in the Danish West Indies. Pissarro’s father was a French citizen of Portuguese Jewish descent who traveled to St. Thomas to help settle the estate of his late uncle and wound up marrying his uncle’s widow, Rachel Pomié Petit.

The marriage was controversial and not immediately recognized by the small Jewish community where they lived. As a result, the Pissarro children grew up as outsiders.

At the age of 12, Pissarro was sent by his parents to a boarding school in France. There, he developed an early appreciation of the French art masters.

After completing his education, Pissarro returned to St. Thomas, and although he initially became involved in his family’s mercantile business there, he never stopped drawing and painting in his spare time.