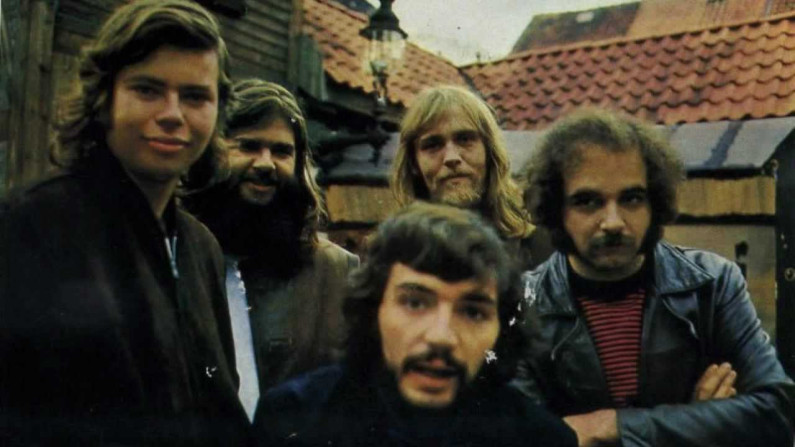 Since the early 1970s, numerous personnel changes have occurred and today, in the fifth decade of its existence, the band includes all three of the surviving classic lineup members: de la Parra (who has permanently remained in the band since first joining in 1967), Mandel, and Taylor. For much of the 1990s and 2000s, de la Parra was the only member from the band’s 1960s lineup.

He has written a book about the band’s career. Larry Taylor, whose presence in the band has not been steady, is the other surviving member from the earliest lineups. Mandel, Walter Trout and Junior Watson are among the guitarists who gained fame for playing in later editions of the band. British-blues pioneer John Mayall has frequently found musicians for his band among former Canned Heat members.

Canned Heat’s popularity has endured in some European countries and Australia. In Belgium they have a particularly devoted following thanks in great part to Walter de Paduwa, aka Dr. Boogie, considered by the band as their “official historian”.

Dr. Boogie’s weekly Sunday evening radio show on Radio Classic 21, has for over a decade invariably started with a Canned Heat song.

Eric Clapton and Dr. John made guest appearances on the Christmas Album (2007). In July 2007, a documentary, Boogie with Canned Heat: The Canned Heat Story, was released, as was a biography of Wilson, Blind Owl Blues, by music historian Rebecca Davis Winters.

By 2000, Robert Lucas had departed and the lineup was completed by Dallas Hodge (vocals, guitar), John Paulus (guitar) and Stanley “Baron” Behrens (saxophone, flute). Lucas returned to Canned Heat in late 2005 but left again in the fall of 2008.

He died, age 46, on November 23, 2008, at a friend’s home in Long Beach, Calififornia; the cause was an apparent drug overdose. Other more recent deaths of band members included Bob Hite’s brother, bassist Richard Hite, who died at age 50 on September 22, 2001, due to complications with cancer. Also, former bassist Antonio de la Barreda died of a heart attack on February 19, 2009.

From late 2008 to the Spring of 2010 the lineup included Dale Spalding (guitar, harmonica and vocals), Barry Levenson (lead guitar), Greg Kage (bass), and classic lineup hold-over and band leader de la Parra on drums. Mandel and Larry Taylor toured with Canned Heat during the summer of 2009 on the Heroes of Woodstock Tour to celebrate the 40th anniversary of Woodstock.

In 2010, Taylor and Mandel officially replaced Kage and Levenson, and as of 2012, this lineup (de la Parra, Taylor, Mandel, and Spalding) continues to tour regularly.

In October 2012, during a festival tour in Spain, France and Switzerland, Randy Resnick was called to replace Harvey Mandel who had to quit the tour for a family emergency. Resnick played two dates, October 4th and 5th, but had to return home for prior commitments. Fito de la Parra was able to get John Paulus to fly in from Portland to finish the tour.

On September 7, 2013 John Paulus once again subbed for Harvey Mandel at The Southern Maryland Blues Festival.

The current line up of Canned Heat has no members of the band’s original line up from 1965; however, it includes three members from the band’s ‘classic’ line-up, those being de la Parra, Taylor, and Mandel. Each of these three members also played with the band at Woodstock.