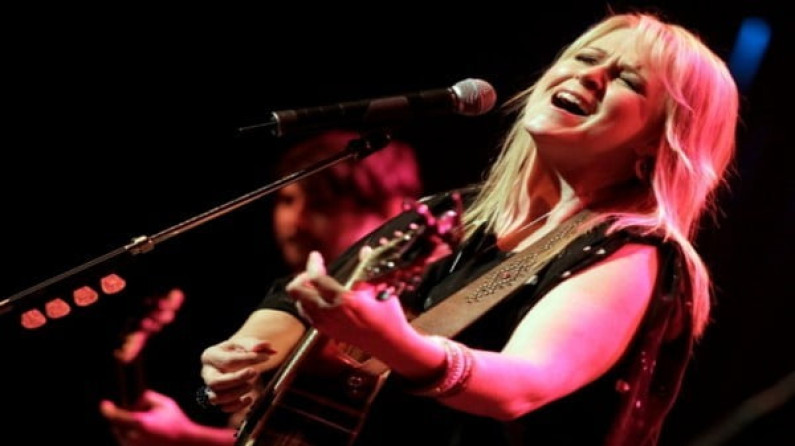 In 2001, Johnson released her debut album Room with a View. The album’s first single “Georgia” reached No. 4 on the RPM Canadian Country Singles Chart for the week of November 6, 2000. “Complicated” was a Top Ten hit on the U.S. Billboard Hot Country Singles & Tracks chart.

Her next single (“I Don’t Want You to Go”) was also a Top Ten hit in the U.S. After a three year hiatus, Johnson returned with the single “Let Me Introduce Myself”. It was the lead single from her fourth album, Love Rules, released in 2010.

Carolyn Dawn Johnson was born in Grande Prairie, Alberta to John Johnson, a farmer and operator of a seed-cleaning business, and Loretta Johnson, a supervisor of a home for senior citizens.

Johnson was raised on a farm in Deadwood, Alberta with two brothers, late older brother Derwin, who died due to an undisclosed illness on Christmas Eve in 1998, and brother Greg.

Johnson was passionate about music from a young age and even asked her mother how anyone could live without it. She sang at a church and started playing the piano at the age of five, learning from her pastor’s wife, Evangeline Thiessen.

Her parents played country music records by Jim Reeves and Don Williams at home and as she got older, her musical interests diversified as she listened to artists like ABBA, Charley Pride, Fleetwood Mac and Marty Stuart among others.

The family later moved to Westlock, Alberta and Johnson attended RF Staples High School there. During her high school years, she learned to play the clarinet, flute and saxophone. She kept up her piano lessons largely in part due to Thiessan sending books and encouraging letters to her.

Her high school teachers were not as encouraging and caused her to turn away from music for a while and turn to science, a period in her life which she called “a stain in her heart”.