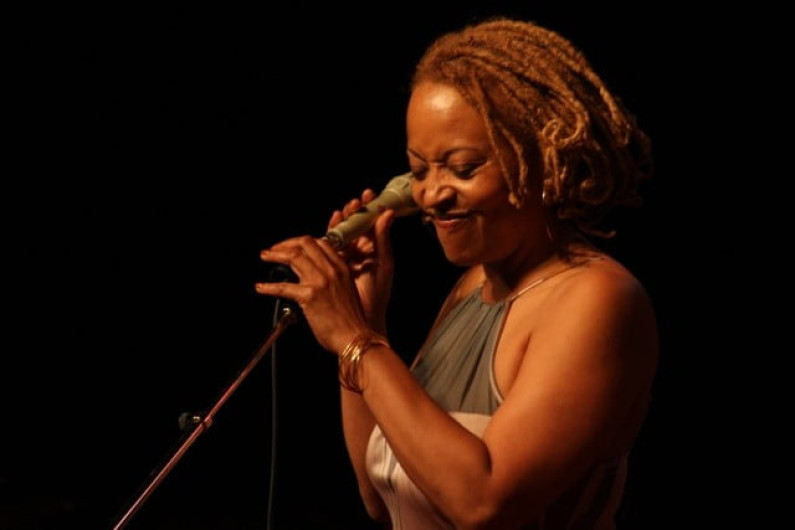 Cassandra Wilson (born December 4, 1955) is an American jazz musician, vocalist, songwriter, and producer from Jackson, Mississippi. Described by critic Gary Giddins as “a singer blessed with an unmistakable timbre and attack [who has] expanded the playing field” by incorporating blues, country, and folk music into her work, Wilson has won two Grammy Awards.

Cassandra Wilson is the third and youngest child of Herman Fowlkes, Jr., a guitarist, bassist, and music teacher; and Mary McDaniel, an elementary school teacher who earned her PhD in education.

Her ancestry includes Fon, Yoruba, Irish and Welsh. Between her mother’s love for Motown and her father’s dedication to jazz, Wilson’s parents sparked her early interest in music.

Wilson’s earliest formal musical education consisted of classical lessons; she studied piano from the age of six to thirteen and played clarinet in the middle school concert and marching bands.

When she was tired of this training, she asked her father to teach her the guitar. Instead, he gave her a lesson in self-reliance, suggesting she study Mel Bay method books.

Wilson explored guitar on her own, developing what she has described as an “intuitive” approach. During this time she began writing her own songs, adopting a folk style.

She also appeared in the musical theater productions, including The Wizard of Oz as Dorothy, crossing racial lines in a recently desegregated school system.

For college, Wilson attended Millsaps College and Jackson State University. She graduated with a degree in mass communications. Outside of the classroom, she spent her nights working with R&B, funk, and pop cover bands, also singing in local coffeehouses.

The Black Arts Music Society, founded by John Reese and Alvin Fielder, provided her with her first opportunities to perform bebop. In 2007, Ms. Wilson received her Ph.D in Arts from Millsaps College.