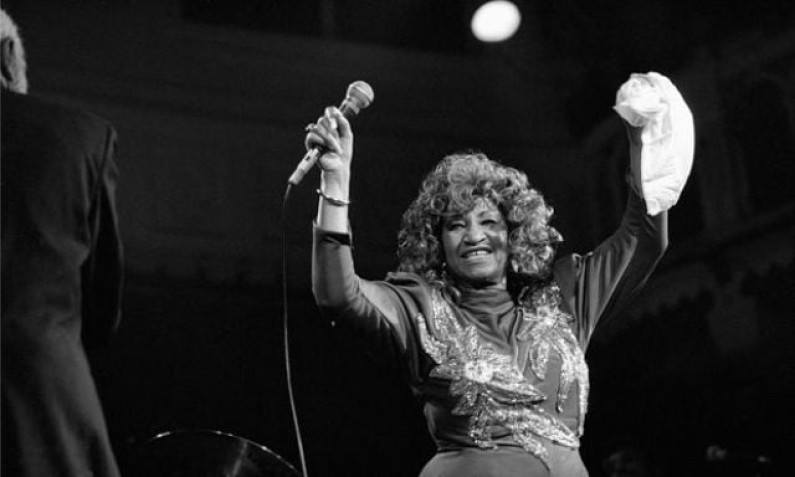 One of the most popular salsa artists of the 20th century, she earned twenty-three gold albums and was a recipient of the National Medal of Arts. She was renowned internationally as the “Queen of Salsa”, “La Guarachera de Cuba”, as well as The Queen of Latin Music.

She spent much of her career working in the United States and several Latin American countries. Leila Cobo of Billboard Magazine once said “Cruz is indisputably the best known and most influential female figure in the history of Cuban music”

Úrsula Hilaria Celia de la Caridad Cruz Alfonso was born on October 21, 1925 in the diverse, working-class neighborhood of Santos Suárez in Havana, Cuba, the second of four children. Her father, Simon Cruz, was a railroad stoker and her mother, Catalina Alfonso was a homemaker who took care of an extended family of fourteen.

While growing up in Cuba’s diverse 1930s musical climate, Cruz listened to many musicians who influenced her adult career, including Fernando Collazo, Abelardo Barroso, Pablo Quevedo and Arsenio Rodríguez.

Despite her mother’s opposition and the fact that she was Catholic, as a child Cruz learned santería songs from her neighbor who practiced santería.

Cruz also later studied the words to Yoruba songs with colleague Mercedita Valdes (an Akpwon santería singer) from Cuba and made various recordings of this religious genre, even singing back up for other female akpwons like Candita Batista.

As a teenager, her aunt took her and her cousin to cabarets to sing, but her father encouraged her to attend school in the hope she would become a teacher. However, one of her teachers told her that as an entertainer she could earn in one day what most Cuban teachers earned in a month.

Cruz began singing in Havana’s radio station Radio Garcia-Serra’s popular “Hora del Té” daily broadcast, where she sang the tango “Nostalgias” and won a cake as first place. She often won cakes and also opportunities to participate in more contests. Her first recordings were made in 1948 in Venezuela.