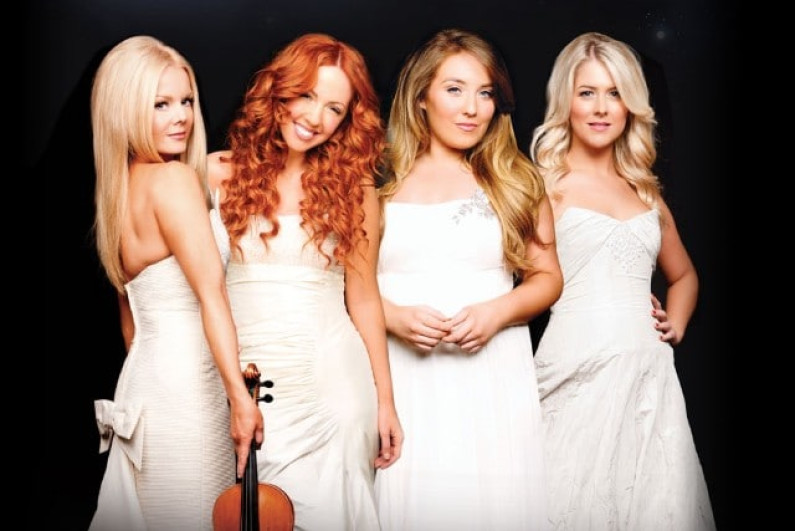 In 2004, he recruited five Irish female musicians who had not previously performed together: vocalists Chloë Agnew, Órla Fallon, Lisa Kelly and Méav Ní Mhaolchatha, and fiddler Máiréad Nesbitt and shaped them into the first line-up of the group that he named “Celtic Woman.” Downes chose a repertoire that ranged from traditional Celtic tunes to modern songs.

The group has undertaken a number of world tours. Cumulatively, albums by Celtic Woman have sold over 9 million records worldwide.

Máiréad Carlin (5 December) is an Irish singer and a member of the ensemble Celtic Woman. Carlin was born in Derry, Northern Ireland. She began her career at the age of 15 when she won the title role of ‘The Rose’ in BBC Talents ‘Young Singers’ competition in The Little Prince (opera) by Rachel Portman.

Máiréad has since performed for the President of Ireland, celebrated the Irish Anthem for the England-Ireland Rugby International to a TV audience of millions and recently, she has shared the stage with Snow Patrol and The Priests at the 2013 BBC TV Gala Concert ‘Sons and Daughters’ to mark Derry’s year as City of Culture.

She also recorded the City of Culture anthem ‘Let The River Run’ with Glee star Damian McGinty. Carlin subsequently released the single under her own label Iris Records/Walled City Records.

After finishing her degree, Máiréad was signed to Decca Records and recorded her debut album, ‘Songbook’ with the London Philharmonic Orchestra in Air Studios and British Grove Studios.