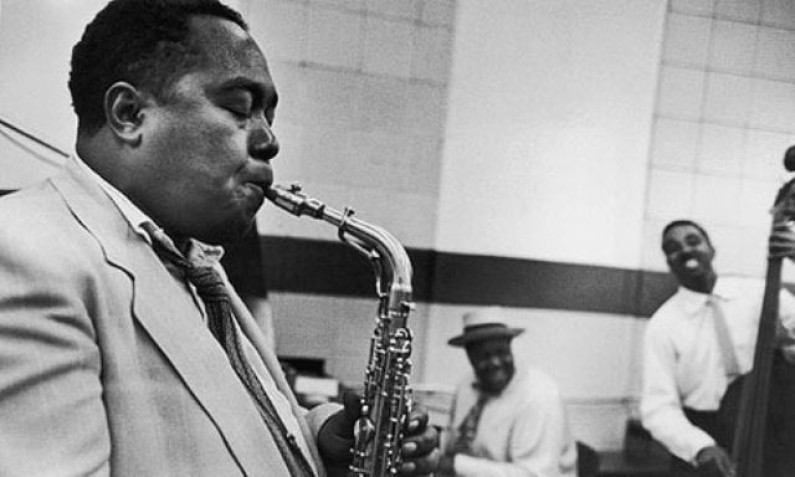 Parker was a highly influential jazz soloist and a leading figure in the development of bebop a form of jazz characterized by fast tempos, virtuosic technique and advanced harmonies.

His tone ranged from clean and penetrating to sweet and somber. Parker acquired the nickname “Yardbird” early in his career.This, and the shortened form “Bird”, continued to be used for the rest of his life, inspiring the titles of a number of Parker compositions, such as “Yardbird Suite”, “Ornithology”, “Bird Gets the Worm”, and “Bird of Paradise”.

Parker was an icon for the hipster subculture and later the Beat Generation, personifying the jazz musician as an uncompromising artist and intellectual rather than just an entertainer.

In the late 1930s Parker began to practice diligently. During this period he mastered improvisation and developed some of the ideas that led to bebop. In an interview with Paul Desmond, he said that he spent three to four years practicing up to 15 hours a day.

Bands led by Count Basie and Bennie Moten certainly influenced Parker. He played with local bands in jazz clubs around Kansas City, Missouri, where he perfected his technique, with the assistance of Buster Smith, whose dynamic transitions to double and triple time influenced Parker’s developing style.

In 1937, Parker played at a jam session at the Reno Club in Kansas City. His attempt to improvise failed when he lost the tune. This prompted Jo Jones, the drummer for Count Basie’s Orchestra, to contemptuously throw a cymbal at his feet as a signal to leave the stage.

However, rather than discouraging Parker, the incident caused him to vow to practice harder, and turned out to be a seminal moment in the young musician’s career when he returned as a new man a year later.

In 1938 Parker joined pianist Jay McShann’s territory band.The band toured nightclubs and other venues of the southwest, as well as Chicago and New York City.Parker made his professional recording debut with McShann’s band.

As a teenager, Parker developed a morphine addiction while hospitalized after an automobile accident, and subsequently became addicted to heroin. He continued using heroin throughout his life, and it ultimately contributed to his death.