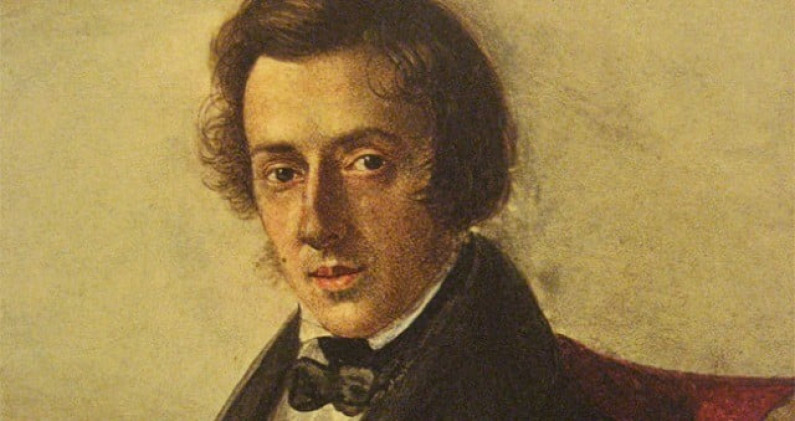 Considered Poland’s greatest composer, Frédéric Chopin focused his efforts on piano composition and was a strong influence on composers who followed him.

Born on March 1, 1810, in Zelazowa Wola, Poland, Frédéric Chopin, grew up in a middle-class family. He published his first composition at age 7 and began performing one year later.

In 1832, he moved to Paris, socialized with high society and was known as an excellent piano teacher. His piano compositions were highly influential. He died on October 17, 1849, in Paris, France.

Frédéric Chopin was born Fryderyk Franciszek Szopen on March 1, 1810, in the small village of Zelazowa Wola, Duchy of Warsaw (now Poland). His Father, Nicholas, was a French émigré who was working as a bookkeeper when he met and married Justyna Krzyzanowska. Soon after Frédéric was born, Nicholas found employment as a tutor for aristocratic families in Warsaw.

His father’s employment exposed young Chopin to cultured Warsaw society, and his mother introduced him to music at an early age. By age 6, young Chopin was ably playing the piano and composing tunes.

Recognizing his talent, his family engaged professional musician Wojciech Zywny for lessons, and soon pupil surpassed teacher in both technique and imagination.