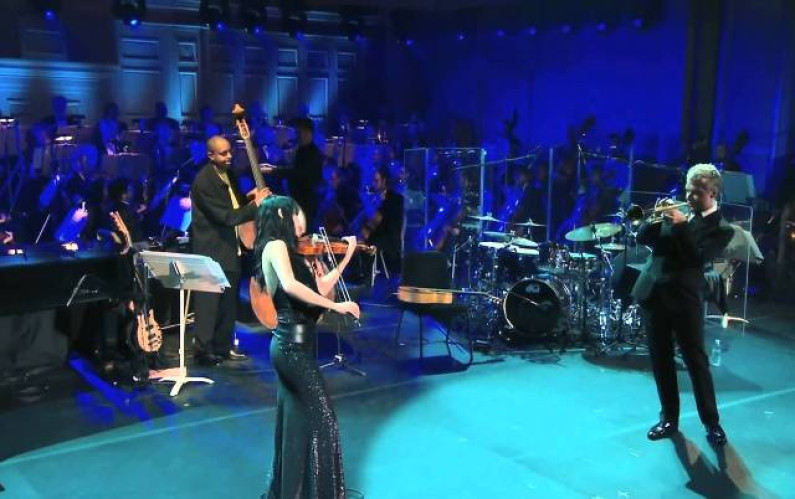 In 2013, Botti won the Grammy Award in the Best Pop Instrumental Album category. He was also nominated in 2008 for his album Italia and received three nominations in 2010 for the live album Chris Botti In Boston. Four of his albums have reached the No. 1 position on the Billboard jazz albums chart.

Coming to prominence with the 2001 recording of his Night Sessions CD, Botti established a reputation as a versatile musician in both jazz and pop music for his ability to fuse both styles together.

He was born in Portland, Oregon and raised in Corvallis, although he also spent two years of his childhood growing up in Italy. His earliest musical influence was his mother, a classically trained pianist and part-time piano teacher.

He started playing the trumpet at nine-years-old, and committed to the instrument at age 12 when he heard Miles Davis play “My Funny Valentine”.

In 1981, he was selected as a member of McDonalds’ All American High School Jazz band which marked his first Carnegie Hall performance. At the age of 17, he ended up at Mount Hood Community College in Gresham, Oregon, by convincing his high school to allow him to fulfill his remaining senior year credits there.

Botti constructed the scenario so that he could also play at Portland clubs in the evening. Mount Hood’s program was headed by Larry McVey, whose band had come to be a proving ground and regular stop for Stan Kenton and Mel Tormé when they were looking for new players. It was here Botti played alongside his friend, trombonist and future Academy Award nominated filmmaker, Todd Field.

After graduating from high school, Botti studied under jazz educator David Baker and trumpet professor Bill Adam at the Indiana University School of Music. Botti was also the recipient of two grants from the National Endowment for the Arts which allowed him to study with trumpeter Woody Shaw and saxophonist George Coleman during two consecutive summer breaks.