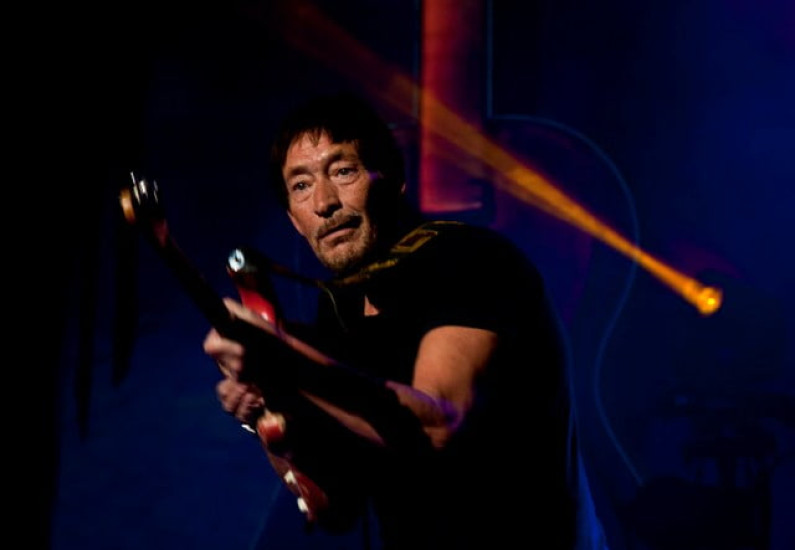 In a live interview on the BBC Radio 4 programme Today on 16 December 2009 Rea said he wrote “Driving Home for Christmas” many years before he first recorded it. His wife, a vegetarian, had come down to London to drive him home to Middlesbrough in her Austin Mini to save money because it was cheaper to drive than travel by train.

Inspiration for the song came as she and Rea were stuck in heavy traffic heading out of London with a long drive to Middlesbrough ahead of them. Rea said “Driving Home for Christmas” is a “car version of a carol”.

In October 2009, Rhino released a new 2-disc best of compilation. Still So Far To Go – The Best of Chris Rea contained some of his best known (and lesser known) hits over the last thirty years, as well as more recent songs from his “blues” period.

Two new songs were included, “Come So Far, Yet Still So Far to Go” and the ballad “Valentino”, a song about his dog that had died. In actuality Chris had to give the dog to a friend as the dog was “loopy”. The album was Rea’s highest charting album in 15 years, reaching No.8 and staying in the Top 50 for four weeks.

In 2010 Rea performed on a European tour called Still So Far to Go. His special guest on stage was Irish musician Paul Casey. The tour ended on 5 April in Belfast, United Kingdom.

In September 2011, Chris Rea released “The Santo Spirito Project” containing two feature-length films on DVD written and directed by Chris and two accompanying CDs of the soundtracks and one CD of songs.

In April 2014 it was announced that Rea will embark on a UK tour in December 2014 called The Last Open Road Tour to support his new album, set for release in September.

The tour will commence on 1 December in Manchester and will end on 20 December in London. Rea also performed at the 2014 Montreux Jazz Festival for the first time since 2002.