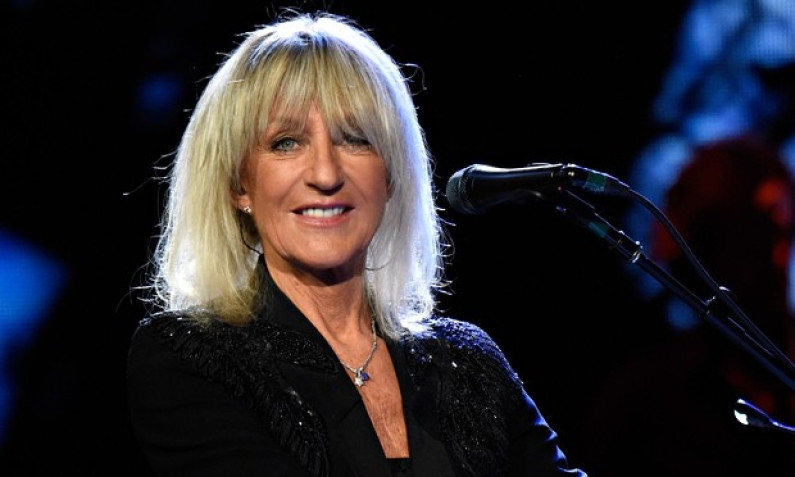 Christine Anne Perfect (born 12 July 1943), known professionally as Christine McVie following her marriage to John McVie, is an English singer, songwriter and keyboardist, best known as one of the three lead vocalists and the keyboardist of Fleetwood Mac. She joined the band in 1970.

She has also released three solo albums. McVie is known for her smoky, alto vocals and her direct but poignant lyrics, which concentrated on love and relationships.

AllMusic describes her as an “Unabashedly easy-on-the-ears singer/songwriter, and the prime mover behind some of Fleetwood Mac’s biggest hits.” Eight of her songs appeared on Fleetwood Mac’s 1988 Greatest Hits album.

In 1998 McVie was inducted into the Rock and Roll Hall of Fame as a member of Fleetwood Mac and received the Brit Award for Outstanding Contribution to Music. The same year, after almost 30 years with the band, she opted to leave and lived in semi-retirement for nearly 15 years. McVie released one solo album in 2004.

In September 2013, McVie appeared on stage with Fleetwood Mac at London’s O2 Arena. She rejoined the band in October 2014, ready for Fleetwood Mac’s On with the Show tour.

In 2014 she received the Ivor Novello Award for Lifetime Achievement from the British Academy of Songwriters, Composers and Authors.

Early life
McVie was born in the Lake District village of Bouth, England (then in Lancashire, now Cumbria) and grew up in the Bearwood area of Smethwick near Birmingham. Her father, Cyril Perfect, was a concert violinist and music lecturer at St Peter’s College of Education, Saltley, Birmingham and taught violin at St Philip’s Grammar School, Birmingham.

McVie’s mother Beatrice “Tee” née Reece, claimed to be a medium, psychic and faith healer. McVie’s grandfather was an organist at Westminster Abbey.