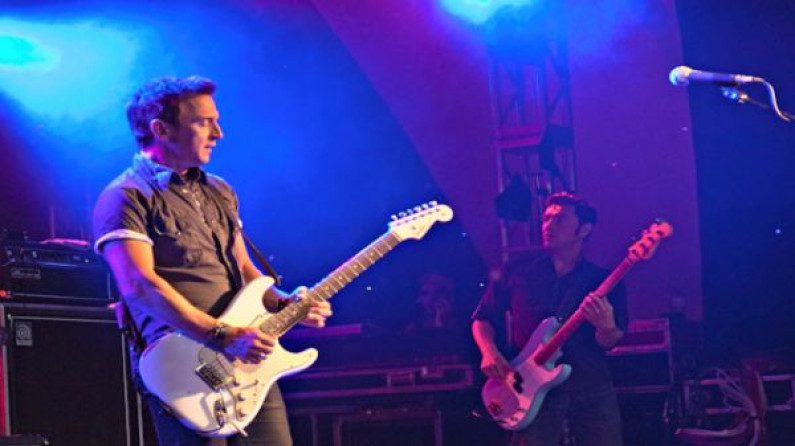 Early years
James was born in Regina, Saskatchewan. He and his band The Hoodoo Men opened for Stevie Ray Vaughan for several tour dates in the United States.

According to legend, Vaughan himself suggested the stage name “Colin James”, because when announced over arena P.A. systems, “Munn” sounded like “Mud”. James also played guitar on Richard Marx’s song “Thunder and Lightning”.

In 1988, following his association with Vaughan, James released his self-titled debut album, which yielded several international hit singles, as did the followup Sudden Stop. He presaged the mid-1990s swing music revival with his Colin James and the Little Big Band project, which released a successful first CD in 1993, followed by two others in 1998 and 2006, as well as a Christmas album in 2007.

James’s worldwide popularity waned somewhat in the late 1990s, but he continued to release albums in rock, blues, and acoustic styles, in addition to his Little Big Band. In 2005, he gave a command performance for Queen Elizabeth II during her visit to his home province of Saskatchewan.

James’ backing band frequently includes members of the Vancouver-based band Odds, and he has co-written songs with Odds singer-guitarist Craig Northey. In February 2005, James guest-starred in an episode of the television program Corner Gas, a Canadian sitcom based in rural Saskatchewan.

In 2007, James’ album Limelight received a Gold record for sales in Canada. In January 2008, James received three Toronto Blues Society Maple Blues Awards: “Entertainer of the Year”, “Electric Act of the Year” and “Recording of the Year” for Colin James & The Little Big Band 3.

In 2009, James recorded an album, and amongst the collaborators were Tom Wilson, once of Junkhouse. The album, Rooftops and Satellites, was co-produced, engineered and mixed by Mike Fraser, at the Warehouse studios in Vancouver.