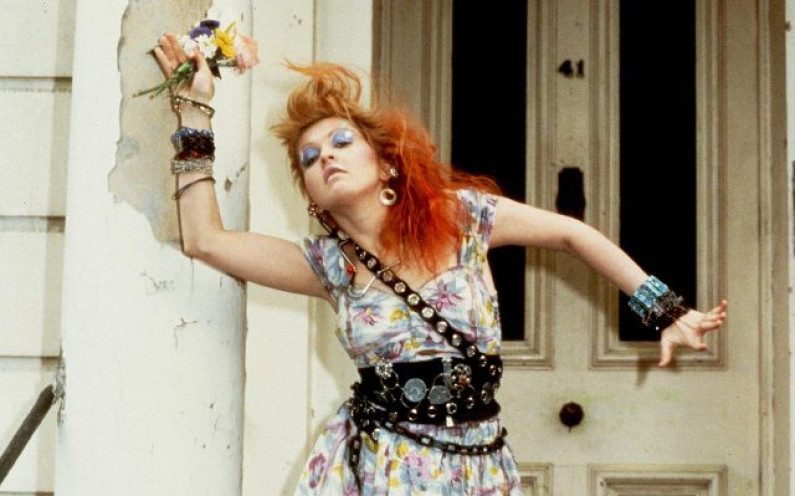 Her debut solo album She’s So Unusual (1983) was the first debut female album to chart four top-five hits on the Billboard Hot 100—”Girls Just Want to Have Fun”, “Time After Time”, “She Bop”, and “All Through the Night” earned Lauper the Best New Artist award at the 27th Grammy Awards in 1985.

Her success continued with the soundtrack for the motion picture The Goonies and her second record True Colors (1986). This album included the number one hit of the same name and “Change of Heart” which peaked at number 3.

Since 1989, Lauper has released nine studio albums and has participated in many other projects. Her most recent album, Memphis Blues, became Billboard’s most successful blues album of the year, remaining at #1 on the Billboard Blues Albums chart for 13 consecutive weeks.

In 2013, Lauper won the Tony Award for Best Original Score for the Broadway musical Kinky Boots, making her the first woman in history to win the composing category solo.

She also became the first artist in over 25 years to top the dance charts with a Broadway single. In 2014, Lauper was awarded the Grammy Award for Best Musical Theater Album for the cast recording.

Lauper won the inaugural Best Female Video prize at the 1984 VMAs for Girls Just Wanna Have Fun. This music video is recognized by MTV, VH1 and Rolling Stone as one of the greatest music videos of all time.She is featured in the Rock and Roll Hall of Fame Museum’s Women Who Rock exhibit, which illustrates the important role that women have played in Rock and Roll music.

Lauper is also one of only twenty artists to achieve “GET” status by winning competitive Grammy, Emmy, and Tony awards. To date she has sold over 50 million records and 20 million singles.
Lauper has also been celebrated for her humanitarian work, particularly as an advocate for gay and transgender rights in the United States. Her charitable efforts were exploited in 2013 when the singer was invited as a special guest to attend President Barack Obama’s second-term inaugural ceremony.
From Wikipedia, the free encyclopedia