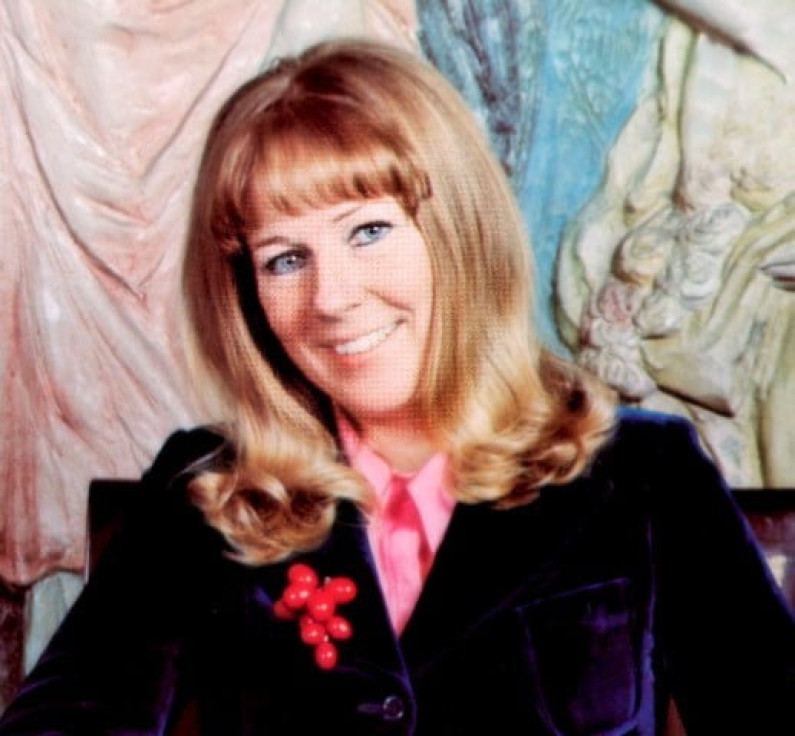 Danielle Licari (born 11 November 1943) is a French singer who was active in the 1960s and 1970s. She’s now remembered in France as a backing vocalist in chanson.

In 1964, she dubbed the singing in the movie “The Umbrellas of Cherbourg” for the role of Geneviève Emery, played by Catherine Deneuve.

From 1965 to 1967 she sang in the vocal trio Les Fizz with Jackie Castan and Nadine Doukhan, two other ex-Djinns Singers. Backed by Jacques Denjean’s orchestra, the band released three EP.

In 1969, she recorded her greatest hit, Concerto pour une Voix. The album has sold over 15 million copies.

In 1968, she recorded “Treize jours en France” composed by Francis Lai; she also recorded a second version of “Love Story” dedicated to her by the same composer.

In 1972, she submitted her song “Au cœur d’une chanson” to compete in the Eurovision contest representing France. The French committee selected Betty Mars and her song “Come-Comedie” instead.

In 1972, she represented France in the “World Popular Song Festival” held in Tokio, Japan. Her song “Une Vie” was a finalist.

In 1973, she participated as a vocalist to an album considered as a masterpiece of French chanson: the symphonic, dark and epic Il n’y a plus rien (There is nothing anymore) by singer-songwriter Léo Ferré.

In July 1978, she sang with the Quebec Symphony Orchestra and the choir of St-Dominique Church. The piece chosen was a musical drama called Concerto pour Helene, in honour of Helene Boule, the wife of the founder of Quebec City, as part of the city’s 370th anniversary celebrations. The work was composed by Claude Léveillée.