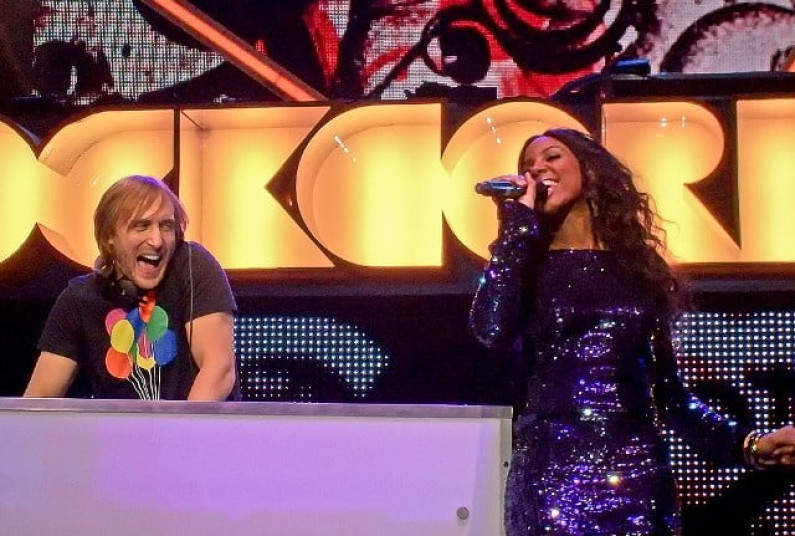 Guetta achieved mainstream success with his 2009 album One Love which included the hit singles “When Love Takes Over”, “Gettin’ Over You”, and “Sexy Bitch”, all three of which reached #1 in the United Kingdom, and “Memories”. The 2011 follow-up album, Nothing but the Beat, continued this success, containing the hit singles “Where Them Girls At”, “Little Bad Girl”, “Without You”, “Titanium” and “Turn Me On”.

Guetta has sold over nine million albums and 30 million singles worldwide. In 2011 Guetta was voted as the #1 DJ in the ‘DJ Mag Top 100 DJs’ fan poll.

In 2015, Billboard crowned “When Love Takes Over” as the number one dance-pop collaboration of all time.

Guetta began to DJ at the Broad Club in Paris. He first played popular songs, and he discovered house music when he heard a Farley “Jackmaster” Funk track on French radio in 1987. The next year, he began hosting his own club nights. In 1990, he released “Nation Rap”, a hip-hop collaboration with French rapper Sidney Duteil.

In the mid 1990s Guetta played in clubs including Le Centrale, the Rex, Le Boy, and Folies Pigalle. Released in 1994 Guetta’s second single, a collaboration with American house vocalist Robert Owens titled “Up & Away”, was a minor club hit. In 1994, Guetta became the manager of Le Palace nightclub and he continued to organise parties there and in other clubs, such as the “Scream” parties in Les Bains Douches.